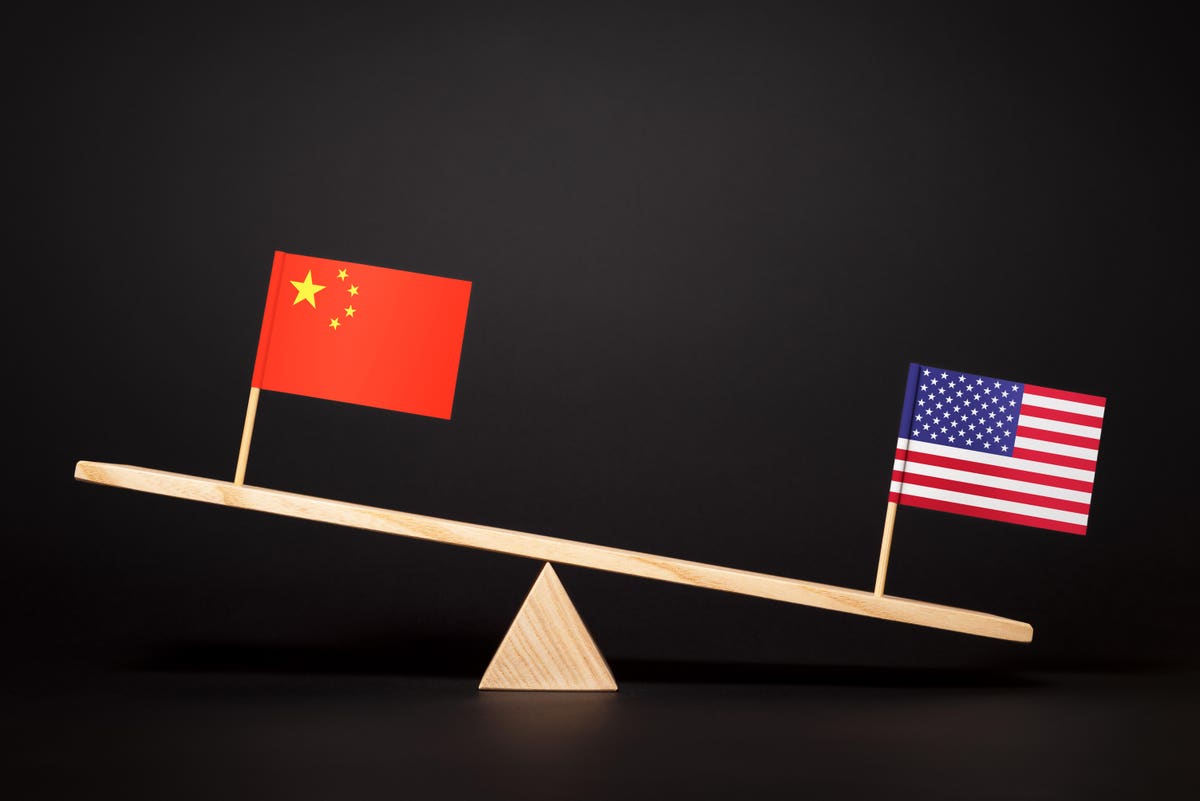 Tech dominance by the US over China may teeter if China’s plans for self-dependency manifests by … [+] 2025.


In my column last week, I wrote about China’s edge in AI robotics.

I pointed out that China has been using advanced robotics in their manufacturing for decades and, most recently, have applied powerful new AI technology to help automate their factories.

This is an important development for China and will push the US towards similar strides to use AI in more local manufacturing too. The downside for both countries is that AI manufacturing will be good for the robot industry but not that great for creating manufacturing jobs, as robots invade the workforce.

AI Robotic Manufacturing, however, is just one of the legs of Chinese President Xi JinPing’s vision to take the tech crown from the US and make China less dependent on US technology for their future.

In an article published by the South China Morning Post, in May of 2020, President Xi’s vision is laid out and explains China’s goals for tech dominance by 2025. Here is a short excerpt from this article-

“Beijing is accelerating its bid for global leadership in key technologies, planning to pump more than a trillion dollars into the economy through the roll-out of everything from next-generation wireless networks to artificial intelligence (AI).

In the master plan backed by President Xi Jinping himself, China will invest an estimated 10 trillion yuan (US$1.4 trillion) over six years to 2025, calling on urban governments and private hi-tech giants like Huawei Technologies to help lay 5G wireless networks, install cameras and sensors, and develop AI software that will underpin autonomous driving to automated factories and mass surveillance.

The new infrastructure initiative is expected to drive mainly local giants, from Alibaba Group Holding and Huawei to SenseTime Group at the expense of US companies. As tech nationalism mounts, the investment drive will reduce China’s dependence on foreign technology, echoing objectives set forth previously in the “Made in China 2025” programme. Such initiatives have already drawn fierce criticism from the Trump administration, resulting in moves to block the rise of Chinese tech companies such as Huawei.”

Note the term “tech nationalism” in the above article.

The reality is that President Xi wants to nationalize just about everything in China so it is the main provider of goods, services and tech-related products to China itself. He wants China to be self-dependent by 2025 and nationalizing tech will receive a huge financial boost from China’s $1.4 trillion dollar fund.

“If we don’t act now, in 10 or 20 years we’ll say, ‘How could we have missed this?’, Schmidt said during an online event hosted by the Bipartisan Policy Center (BPC) think tank. Schmidt, now the chair of the U.S. Department of Defense’s Defense Innovation Board, says that increasing government funding in AI research is crucial because it “can’t be made up by private philanthropy.” The amount of money needed to fund AI research projects—those that may not have an immediate impact—is so great that no company (not even Schmidt’s former employer) can provide a substitute.”

With Eric Schmidt at the helm of this push, it is at least clear that the US government is aware of this problem. The big issue is what will the US do to either counter these moves by China, or prepare to compete with them head-on in the future to remain a powerhouse in tech ourselves.

If President Xi is successful, we are looking at two different supply chains developing and there could be a time when products we get from China are no longer available to the west. The one caveat is that China is still committed to globalization and at least some of their manufacturing could still go to the west. But it begs the question of who the US can go to for the products they get from China today if China scales back what they can or will make for the west?

I admit these moves by China towards nationalization of all types of areas like tech, food supply, etc. bring more questions than answers. If former Google CEO, Eric Schmidt is right, the US better be working hard towards a plan to counter China’s moves or at the very least, start preparing now to go elsewhere for the millions of goods we get from China today.