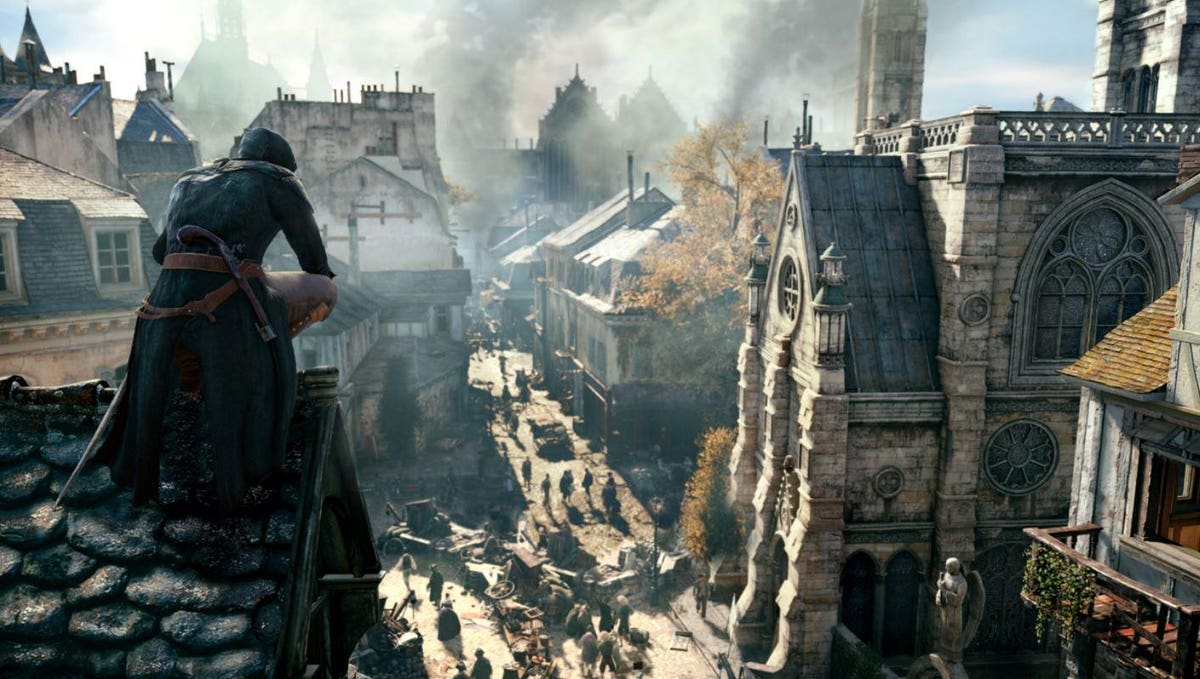 
Yesterday morning, I woke up to videos of Assassin’s Creed: Unity. I have to be honest, I haven’t thought much about that game in a few years: the Ps4/Xbox One launch title was pretty and ambitious, but also loaded with bugs, bloated with features and ultimately a major black eye for what was then a yearly franchise. It’s been largely forgotten as the series reinvented itself with Origins, which is why I was surprised to see this Digital Foundry video running the game at a smooth 60 FPS, many of those launch bugs long-since patched. And I’m going to be honest: I kind of want to play it.

And while I’m a whole lot less likely to play Blinx The Timesweeper, a 2002 title for the original Xbox, I can’t say that my interest wasn’t piqued by Geoff Keighley booting the thing up on the Xbox Series X and showing off an 18-year old game with 4K and HDR:

Without true next-gen exclusives yet, Microsoft’s preview program revolves around backwards compatibility and the Xbox Series X’s ability to use both more powerful hardware and AI to soup up older games, making them run better and look nicer than their original versions. It’s reflective of both how Microsoft is selling this console given that it’s not making exclusives, and of a slow shift in the gaming industry away from major leaps in graphical fidelity. We spend more time playing old games than we ever have before, and there are tons of new games designed not to take full advantage of powerful hardware but rather to work on as many devices as possible.

It’s a perspective that PC players have had for a long time: when you get a new machine, you don’t just start playing those games that you couldn’t play before, you go to play all of your older games to see how much better they look and run. The hard lines between console generations have meant that console players have never really had that experience, but it’s a fun one. Will I actually play Assassin’s Creed: Unity when I get my Xbox Series X? Maybe, hard to say. But it’s sort of fun to know that if I wanted to, there’d be a new experience waiting for me.

It’s also worth noting that all of this will probably be true about PS5, for which Sony has promised similar performance boosts to older titles. But that’s where Microsoft’s extensive preview program comes in: we’re actually seeing these results on Series X, but are still speculating about PS5.