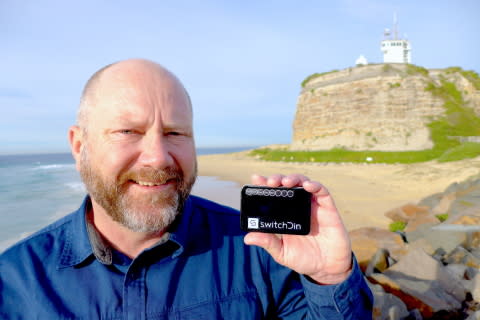 SwitchDin, an Australian energy management software company, has been retained by distribution networks, SA Power Networks and AusNet Services, to provide a global-first solution that will allow networks to create flexible solar export limits to accommodate the growth of rooftop solar photovoltaic (PV) systems that are connected to the grid.

The installation of PV systems is growing at a rate of more than 200,000 each year in Australia’s National Electricity Market (NEM), and distribution networks are reaching the limit of their ability to host rooftop solar in some areas. This flexible export capability will allow SA Power Networks and AusNet Services to offer an alternative to the strict export limits currently required to address these challenges, increasing the penetration of renewable energy, creating more value for customers and improving the security of the grid.

The project is backed with over A$2 million in direct funding by the Australian Renewable Energy Agency (ARENA), with additional financial contributions from SwitchDin, SA Power Networks, AusNet Services and inverter manufacturers involved in the program. A 12 month trial involving a group of 600 customers in South Australia and Victoria will test the viability of this approach so it can be offered as a standard service to solar customers in future.

SwitchDin will lead in the project’s integration architecture design and will provide the core software platform for SA Power Networks and AusNet Services to support the flexible export functionality, based on the international ‘Smart Grid’ standard IEEE 2030.5. The flexible export capability will be enabled for solar inverters through connection to SwitchDin’s Droplet controller devices, or by connection via the internet into SwitchDin’s IEEE 2030.5 utility server platform.

Dr Andrew Mears, CEO of SwitchDin said, “SwitchDin is proud to be developing the technology backbone of the Flexible Exports project in South Australia and Victoria. This is another example of how we are working with Australia’s most progressive network service companies and the world’s best inverter manufacturers to bring smart software solutions to maximise the value of distributed energy resources such as rooftop solar for consumers and energy service providers alike.

“SwitchDin’s goal is to deliver smarter and cheaper clean energy services on the grid for the benefit of everyone. In the Australian market, the pressing issue is high penetration of rooftop solar, but our platform can also support battery storage and key loads such as heat pumps and electric vehicles as part of a complete ‘energy flexibility’ toolkit.”

“We want more solar, not less,” said Paul Roberts, Manager Corporate Affairs at SA Power Networks. “SA Power Networks is passionate about supporting South Australia’s energy transition and we have a number of initiatives underway that have the potential to double the amount of renewable energy the SA electricity distribution network can accommodate over the next five years.”

“By working with SwitchDin and the other project partners, SA Power Networks and AusNet Services are paving the way for distribution networks to continue to host the rooftop solar systems being installed by customers whilst reducing the need for major investment in network upgrades. This is a winning value proposition for energy distribution network companies globally who are grappling with how to meet customers’ expectations to be more energy independent.”

Building on past successes

SwitchDin solves one of the great roadblocks faced by today’s electricity system, the management at-scale of many distributed energy resources such as small-scale solar, batteries and loads like electric vehicles and HVAC systems. The company’s technology bridges the gap between traditional energy utilities, manufacturers and energy end-users by bringing rich data, intelligence and real-time fleet control capabilities to these assets.

In addition to the Flexible Exports project, SwitchDin is actively working with utilities and equipment manufacturers from around the world to build the grid of the future. The company connects and manages distributed assets with its Droplet controllers and smart software and provides cloud-level orchestration using its StormCloud management platform. SwitchDin can connect with upstream third party and utility distribution management systems or energy trading tools to ensure a smooth transition to clean and affordable electricity.

Note to Editor: Hi-res images can be downloaded here.

SwitchDin is an energy technology company that plays a critical role in the energy transition by making distributed energy resources (DERs) such as solar PV and battery storage smart, visible and controllable. SwitchDin is paving the way for the integration of more renewables into the world’s energy system. Working in collaboration with energy utilities, equipment manufacturers, technology providers and facility managers, SwitchDin’s virtual power plant and microgrid management platform delivers new partnerships that unlock value for everyone connected to the grid. www.switchdin.com