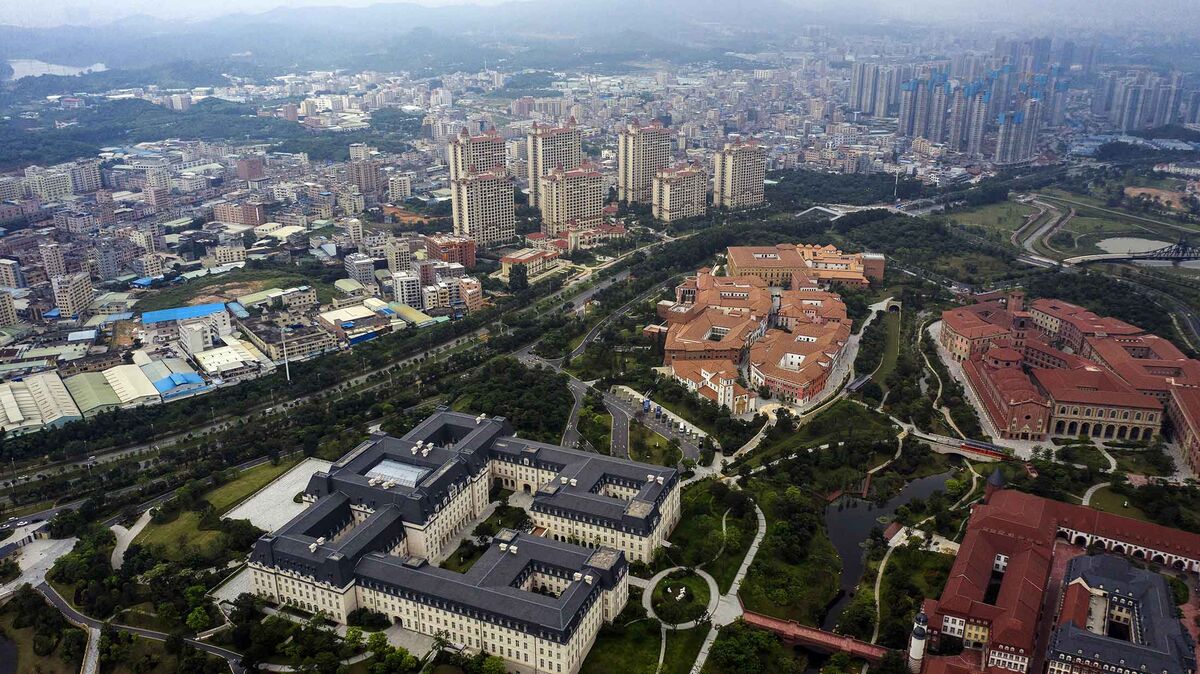 At a new 400-acre research-and-development center on China’s south coast, Huawei Technologies Co. engineers chat, tap at their phones, or chill out on a small electric tram that whirs them between buildings modeled variously on the Sorbonne or England’s great universities. They move through neighborhoods built in the style of Versailles or Renaissance Italy, passing by some of the 3,000 gardening and maintenance staff needed to keep the vast parklands immaculate.

It’s late July, and on this Disneyland-like corporate campus about an hour and a half’s drive from Hong Kong, Huawei seems to be basking in the wealth from its leadership in 5G mobile technology. No other company has done more to project the image of a technologically advanced China on the international stage. And no other company stands as a greater symbol of China’s engagement with the outside world.