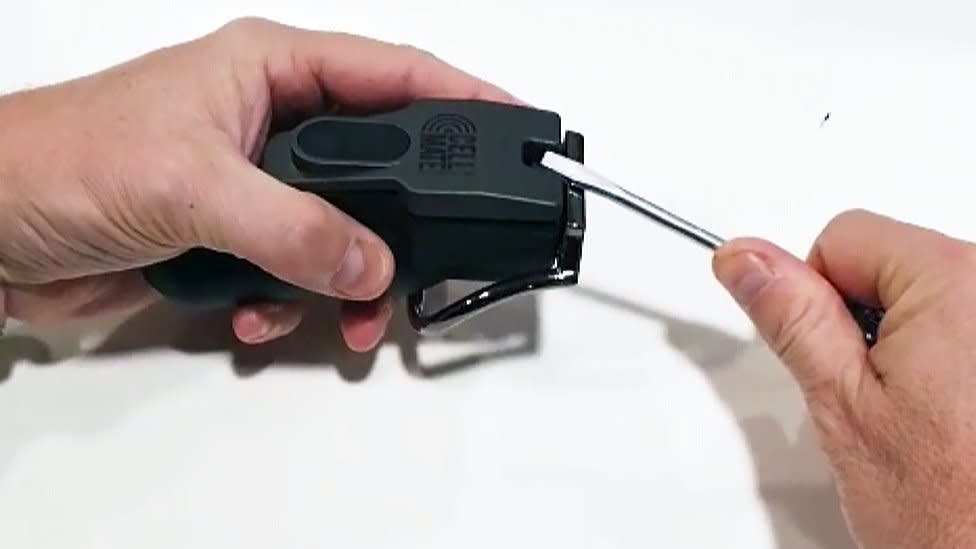 The maker of a male chastity toy that was vulnerable to a hack attack has suggested the device can be easily removed with a screwdriver.

Researchers found a flaw in Cellmate’s app that could have let hackers simultaneously remotely lock all the devices in use, with no manual release.

Now the Chinese firm has defended the product, saying it can be cracked open.

It added that anybody trapped in their chastity toy could also call its customer hotline to be released.

The flaw was found by security firm Pen Test Partners, which shared its findings with Guandong-based Qiui, which makes the Cellmate toy.

As well as being able to lock devices, the researchers discovered a way to fool the server into disclosing the registered name of each device owner, among other personal details, as well as the co-ordinates of every location from where the app had been used.