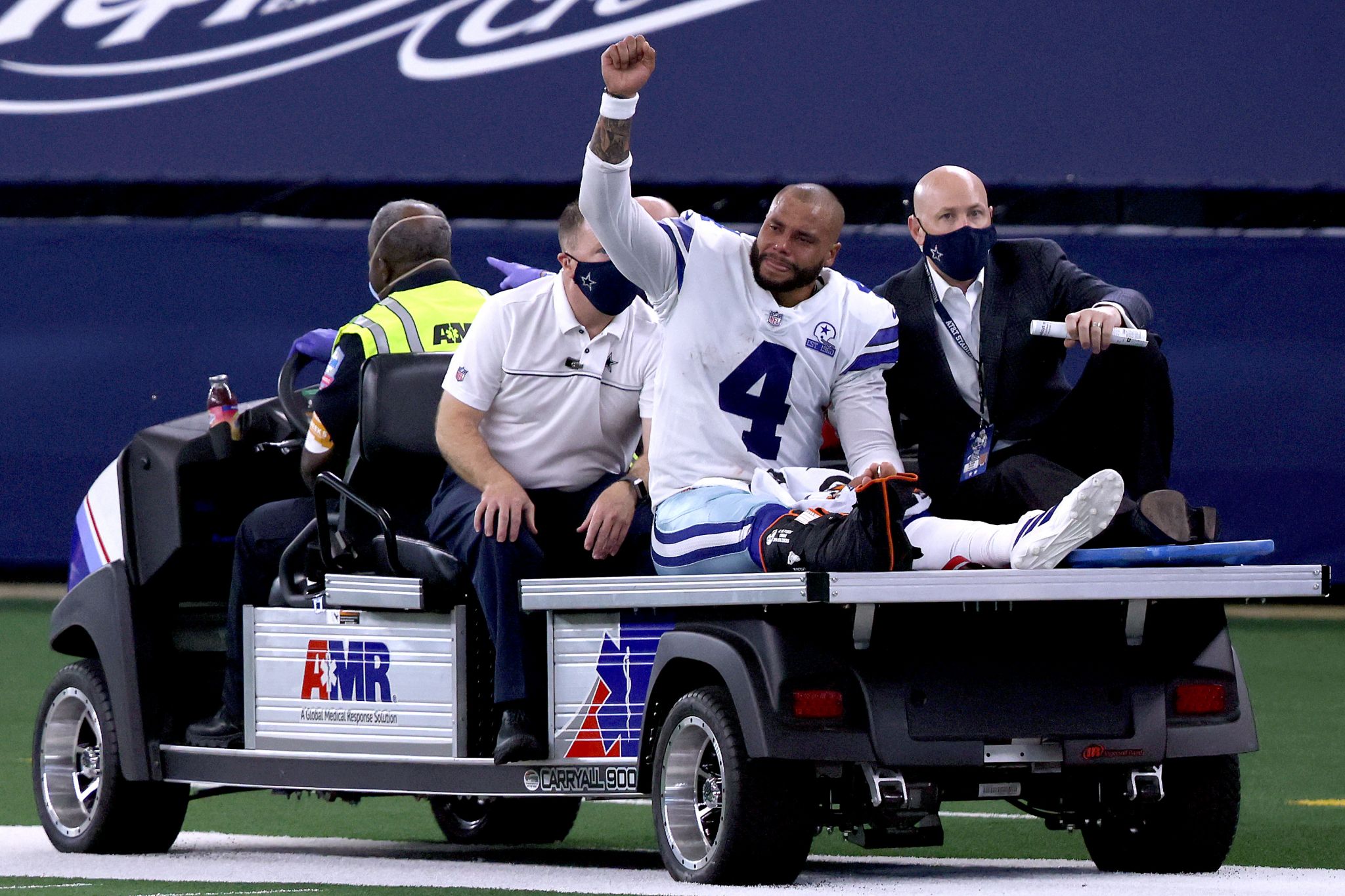 Dak Prescott was off to a record-setting season in 2020, racking up three straight games with 450-plus yards passing, per ESPN. The Dallas quarterback also started the week with 1,690 passing yards, a league-best and the most by a Cowboys quarterback in a season’s first four games in team history.

This streak was brought to a halt when Prescott suffered a gruesome ankle injury and had to be carted off the field of Sunday night’s game against the New York Giants. The Cowboys quarterback held his fist in the air as he was wheeled of the field last and was later diagnosed with a compound fracture and dislocation, according to Adam Schefter of ESPN.

Cowboys head coach Jerry Jones released a statement about Prescott on Twitter. He wrote: “We are all