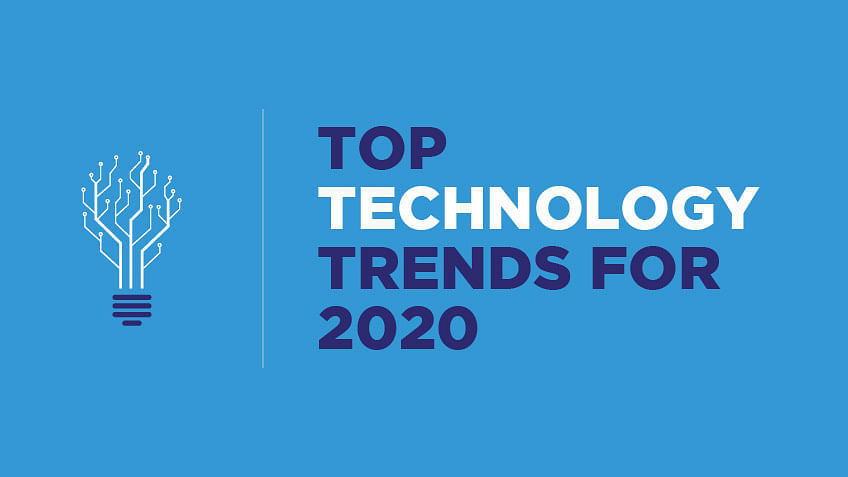 Technology is now evolving at such a rapid pace that annual predictions of trends can seem out-of-date before they even go live as a published blog post or article. As technology evolves, it enables even faster change and progress, causing an acceleration of the rate of change, until eventually, it will become exponential.

Technology-based careers don’t change at the same speed, but they do evolve, and the savvy IT professional recognizes that his or her role will not stay the same. And an IT worker of the 21st century will constantly be learning (out of necessity if not desire).

What does this mean for you? It means staying current with technology trends. And it means keeping your eyes on the future, to know which skills you’ll need to know and what types of jobs you want to be qualified to do. Here are eight technology trends you should watch for in 2020, and some of the jobs that will be created by these trends.

Artificial Intelligence, or AI, has already received a lot of buzz in recent years, but it continues to be a trend to watch because its effects on how we live, work and play are only in the early stages. In addition, other branches of AI have developed, including Machine Learning, which we will go into below. AI refers to computer systems built to mimic human intelligence and perform tasks such as recognition of images, speech or patterns, and decision making. AI can do these tasks faster and more accurately than humans.

Five out of six Americans use AI services in one form or another every day, including navigation apps, streaming services, smartphone personal assistants, ride-sharing apps, home personal assistants, and smart home devices. In addition to consumer use, AI is used to schedule trains, assess business risk, predict maintenance, and improve energy efficiency, among many other money-saving tasks.

AI is one part of what we refer to broadly as automation, and automation is a hot topic because of potential job loss. Experts say automation will eliminate 73 million more jobs by 2030. However, automation is creating jobs as well as eliminating them, especially in the field of AI: Pundits predict that jobs in AI will number 23 million by 2020. Jobs will be created in development, programming, testing, support, and maintenance, to name a few. Artificial Intelligence architect is one such job. Some say it will soon rival data scientists in need for skilled professionals. To learn more about potential jobs in AI, read about building a career in AI or why you should earn an AI certification.

A Guide to Becoming an AI ExpertDOWNLOAD GUIDE 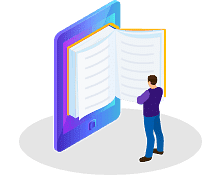 While Machine Learning is a subset of AI, we also have subsets within the domain of Machine Learning, including neural networks, natural language processing (NLP), and deep learning. Each of these subsets offers an opportunity for specializing in a career field that will only grow.

Machine Learning is rapidly being deployed in all kinds of industries, creating a huge demand for skilled professionals. The Machine Learning market is expected to grow to $8.81 billion by 2022. Machine Learning applications are used for data analytics, data mining and pattern recognition. On the consumer end, Machine Learning powers web search results, real-time ads, and network intrusion detection, to name only a few of the many tasks it can do.

In addition to completing countless tasks on our behalf, it is generating jobs. Machine Learning jobs rank among the top emerging jobs on LinkedIn, with almost 2,000 job listings posted. And these jobs pay well: In 2017, the median salary for a machine learning engineer was $106,225. Machine Learning jobs include engineers, developers, researchers, and data scientists.

Like AI and Machine Learning, Robotic Process Automation, or RPA, is another technology that is automating jobs. RPA is the use of software to automate business processes such as interpreting applications, processing transactions, dealing with data, and even replying to emails. RPA automates repetitive tasks that people used to do. These are not just the menial tasks of a low-paid worker: up to 45 percent of the activities we do can be automated, including the work of financial managers, doctors, and CEOs.

Although Forrester Research estimates RPA automation will threaten the livelihood of 230 million or more knowledge workers or approximately 9 percent of the global workforce, RPA is also creating new jobs while altering existing jobs. McKinsey finds that less than 5 percent of occupations can be totally automated, but about 60 percent can be partially automated.

For you as an IT professional looking to the future and trying to understand technology trends, RPA offers plenty of career opportunities, including developer, project manager, business analyst, solution architect, and consultant. And these jobs pay well. SimplyHired.com says the average RPA salary is $73,861, but that is the average compiled from salaries for junior-level developers up to senior solution architects, with the top 10 percent earning over $141,000 annually. So, if you’re keen on learning and pursuing a career in RPA, the Introduction to Robotic Process Automation (RPA) course should be the next step you take to kickstart an RPA career.

Formerly a technology trend to watch, cloud computing has become mainstream, with major players AWS (Amazon Web Services), Microsoft Azure and Google Cloud dominating the market. The adoption of cloud computing is still growing, as more and more businesses migrate to a cloud solution. But it’s no longer the emerging technology.

As the quantity of data we’re dealing with continues to increase, we’ve realized the shortcomings of cloud computing in some situations. Edge computing is designed to help solve some of those problems as a way to bypass the latency caused by cloud computing and getting data to a data center for processing. It can exist “on the edge,” if you will, closer to where computing needs to happen. For this reason, edge computing can be used to process time-sensitive data in remote locations with limited or no connectivity to a centralized location. In those situations, edge computing can act like mini datacenters. Edge computing will increase as the use of the Internet of Things (IoT) devices increases. By 2022, the global edge computing market is expected to reach $6.72 billion. As with any growing market, this will create various jobs, primarily for software engineers.

If you wish to get a thorough understanding of edges means, and how is it different from cloud computing, give it a read here!

An In-depth Guide To Becoming A Cloud ArchitectDOWNLOAD GUIDE

Virtual Reality (VR) immerses the user in an environment while Augment Reality (AR) enhances their environment. Although VR has primarily been used for gaming thus far, it has also been used for training, as with VirtualShip, a simulation software used to train U.S. Navy, Army and Coast Guard ship captains. The popular Pokemon Go is an example of AR.

Both VR and AR have enormous potential in training, entertainment, education, marketing, and even rehabilitation after an injury. Either could be used to train doctors to do surgery, offer museum-goers a deeper experience, enhance theme parks, or even enhance marketing, as with this Pepsi Max bus shelter.

There are major players in the VR market, like Google, Samsung, and Oculus, but plenty of startups are forming and they will be hiring, and the demand for professionals with VR and AR skills will only increase. Getting started in VR doesn’t require a lot of specialized knowledge. Basic programming skills and a forward-thinking mindset can land a job, although other employers will be looking for optics as a skill-set and hardware engineers as well.

Cybersecurity might not seem like emerging technology, given that it has been around for a while, but it is evolving just as other technologies are. That’s in part because threats are constantly new. The malevolent hackers who are trying to illegally access data are not going to give up any time soon, and they will continue to find ways to get through even the toughest security measures. It’s also in part because new technology is being adapted to enhance security. As long as we have hackers, we will have cyber security as an emerging technology because it will constantly evolve to defend against those hackers.

As proof of the strong need for cybersecurity professionals, the number of cybersecurity jobs is growing three times faster than other tech jobs. However, we’re falling short when it comes to filling those jobs. As a result, it’s predicted that we will have 3.5 million unfilled cybersecurity jobs by 2021.

Many cyber security jobs pay six-figure incomes, and roles can range from the ethical hacker to security engineer to Chief Security Officer, offering a promising career path for someone who wants to get into and stick with this domain.

The Path to Becoming a Cybersecurity ExpertDOWNLOAD GUIDE

Although most people think of blockchain technology in relation to cryptocurrencies such as Bitcoin, blockchain offers security that is useful in many other ways. In the simplest of terms, blockchain can be described as data you can only add to, not take away from or change. Hence the term “chain” because you’re making a chain of data. Not being able to change the previous blocks is what makes it so secure. In addition, blockchains are consensus-driven, so no one entity can take control of the data. With blockchain, you don’t need a trusted third-party to oversee or validate transactions. You can refer to our Blockchain tutorial for a detailed and thorough understanding of the technology.

Many “things” are now being built with WiFi connectivity, meaning they can be connected to the Internet—and to each other. Hence, the Internet of Things, or IoT. The Internet of Things is the future and has already enabled devices, home appliances, cars and much more to be connected to and exchange data over the Internet. And we’re only in the beginning stages of IoT: the number of IoT devices reached 8.4 billion in 2017 is expected to reach 30 billion devices by 2020.

As consumers, we’re already using and benefitting from IoT. We can lock our doors remotely if we forget to when we leave for work and preheat our ovens on our way home from work, all while tracking our fitness on our Fitbits and hailing a ride with Lyft. But businesses also have much to gain now and in the near future. The IoT can enable better safety, efficiency, and decision making for businesses as data is collected and analyzed. It can enable predictive maintenance, speed up medical care, improve customer service, and offer benefits we haven’t even imagined yet.

However, despite this boon in the development and adoption of IoT, experts say not enough IT professionals are getting trained for IoT jobs. An article at ITProToday says we’ll need 200,000 more IT workers that aren’t yet in the pipeline, and that a survey of engineers found 25.7 percent believe inadequate skill levels to be the industry’s biggest obstacle to growth. For someone interested in a career in IoT, that means easy entry into the field if you’re motivated, with a range of options for getting started. Skills needed include IoT security, cloud computing knowledge, data analytics, automation, understanding of embedded systems, device knowledge, to name only a few. After all, it’s the Internet of Things, and those things are many and varied, meaning the skills needed are as well.

Although technologies are emerging and evolving all around us, these eight technologies offer promising career potential now and for the foreseeable future. And all eight are suffering from a shortage of skilled workers, meaning the time is right for you to choose one, get trained, and get on board at the early stages of the technology, positioning you for success now and in the future.

Check out the Simplilearn’s video on “Top Technologies to Learn in 2020”.