A Mixed Bag For Retailers

Home / A Mixed Bag For Retailers

A Mixed Bag For Retailers 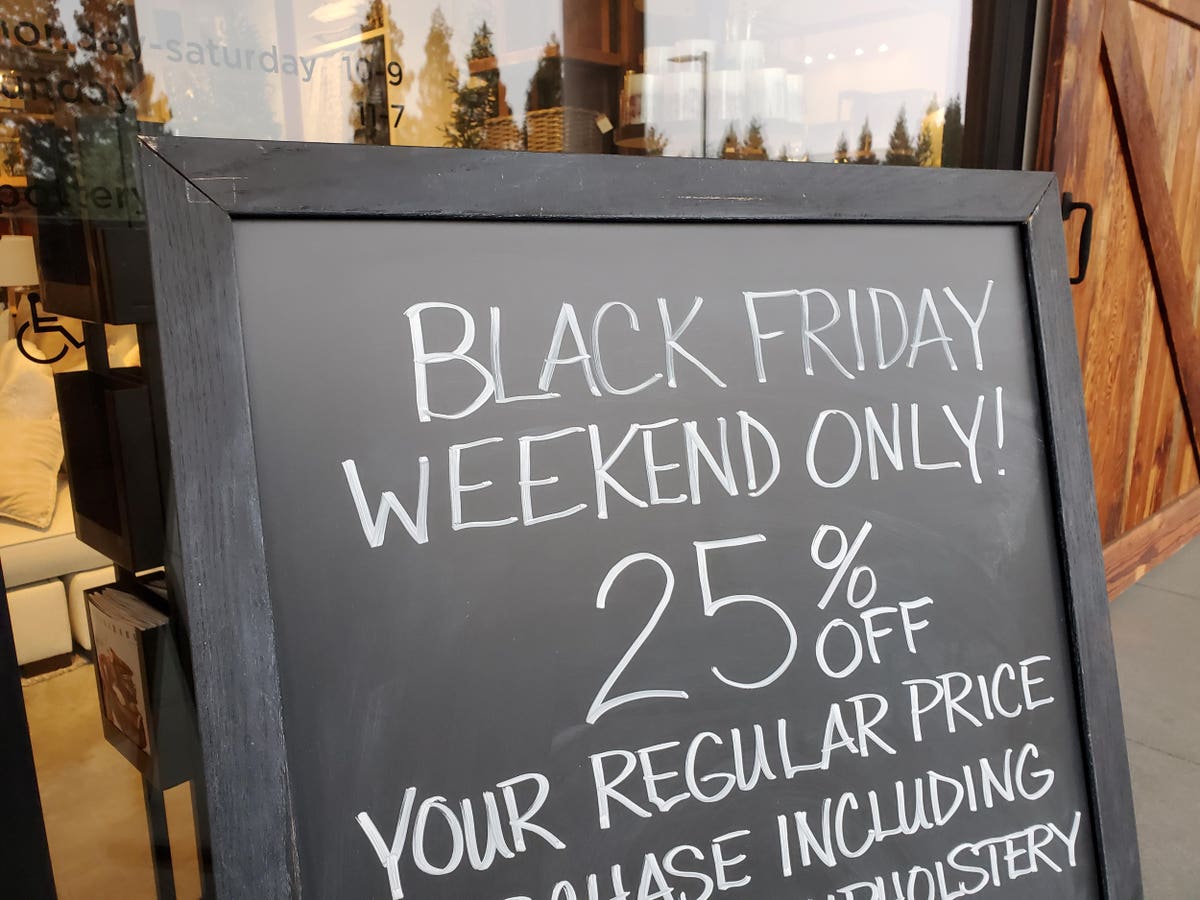 
Alexa, when is Amazon Prime Day? We finally got the answer this week, as Amazon announced its annual “Prime Day” sales event will kick off at midnight Pacific Time on Tuesday, October 13, and run through Wednesday, October 14. Prime Day came to life on July 15, 2015, as a way to celebrate Amazon’s 20th birthday, offering deep discounts to Prime members across a wide variety of categories. Each year, the event has grown larger. In 2019, Prime members worldwide purchased more than 175 million items, resulting in sales that surpassed Black Friday and Cyber Monday combined. Amazon’s own Echo and Fire branded products have typically been the bestselling products, often enticing customers to purchase Amazon Prime memberships.

Historically, the annual event has taken place in Summer, however, this year, Prime Day was delayed due to COVID-19. With Prime Day taking place in October, it is expected to impact holiday spending this year significantly.

Predicting consumer spending for this holiday season has been top of mind for most retailers and brands this year, as COVID-19 has introduced substantial uncertainty into the 2020 holiday season. Most publicly-traded retailers have withdrawn their guidance for Q4, citing considerable uncertainty. The chief economist for the National Retail Federation (NRF), Jack Kleinhenz, says, “I am cautiously optimistic about the fourth quarter in terms of the economy and consumer spending, but the outlook is clouded with uncertainty pivoting on COVID-19 infection rates.”

Traditionally, the Thanksgiving Day weekend kicks off holiday spending in the U.S., as millions of shoppers line up Friday morning to earn Black Friday doorbuster deals, followed by even more consumers shopping online the following Monday in what is dubbed “Cyber Monday.” Increasingly, retailers have opened on Thanksgiving Day to get an early jump on retailers offering Friday morning deals.

This year, most retailers, including Walmart, Target, Best Buy, Kohl’s, Ulta, and Home Depot, are staying closed on Thanksgiving to allow retail employees to stay home and celebrate the holiday with their families. Few retailers are likely to offer Friday in-store only deals, as retailers don’t want to encourage large crowds of customers to line up outside the store. In fact, in many municipalities, stores are restricted to 25% – 50% of their maximum occupancy. Instead of one-day in-store deals, most retailers will be moving their Black Friday deals online, encouraging customers to shop from the safety of their own homes. Home Depot holiday deals will start in early November and extend through December. Some retailers will even offer discounts in October. Walmart said it will be holding a “Big Save” online event that runs October 11-15. The retail giant said it’ll offer Black Friday-like savings on thousands of items, including electronics, toys, beauty items, and more. “We’ve heard from our customers that many plan on starting their holiday shopping well before Black Friday and that they’re looking for gifts that fit their current lifestyle,” Scott McCall, executive vice president and chief merchandising officer for Walmart U.S. said. Similarly, Target has announced its “Deal Days” will take place on October 13 and 14. A joint effort of Shopkick, Fashwire, and Coresight Research will feature two dozen national retailers in the inaugural 10.10 Shopping Festival. All these October plans are likely to be partly in response to the announced date for Amazon Prime Day.

The net result is that many deal-seeking consumers will start their holiday shopping earlier than usual, which means sales during the Turkey Five (Thursday through Monday of Thanksgiving week) likely will be lower than expected.

Retailers will avoid creating crowds, as many consumers won’t feel safe shopping in stores this holiday. According to a consumer survey conducted by PwC, 55% of consumers said that COVID-19 safety tops their list of holiday shopping concerns. “As consumers grapple with the unique anxieties of a COVID-19 holiday season, I expect brands to lead with purpose and transparency — prioritizing customer and employee safety, and considering the larger impact their businesses’ have on the communities in which they operate,” said Tyson Cornell, PwC U.S. Consumer Markets Leader. The CDC has classified going shopping in crowded stores just before, on, or after Thanksgiving as a High-Risk Activity. In response, the NRF has launched a New Holiday Traditions campaign, encouraging consumers to shop safe and shop early this year to avoid overcrowding stores and to take advantage of early holiday discounts.

View of an Amazon delivery van with an Amazon Prime logo parked at an apartment complex in downtown … [+] Chicago, Illinois, April 2019. (Photo by Interim Archives/Getty Images)


As a result, many retailers will rely on e-commerce sales to bolster lackluster in-store sales. But that strategy is not without risk. Many retailers are already experiencing a huge spike in e-commerce demand, often on par with what they would ordinarily expect from Cyber Monday. If this holiday season generates additional demand on top of this already-elevated level, many retailers will likely experience technical and capacity problems. Even more problematic is that shipping carriers simply don’t have the delivery capacity to meet this year’s likely demand. UPS and FedEx have instituted shipping quotas and surcharges for their customers to throttle demand. USPS is already experiencing service disruptions, which could be exacerbated by a national election with a high proportion of mail-in ballots. FedEx, UPS, and USPS all have a lower percentage of on-time deliveries this year versus last year, as reported by ShipMatrix, Inc., which tracks millions of actual parcels shipped by its customers. They also noted that even Amazon, which delivers 66% of its packages with its own delivery network, delivers two-day orders on-time only 85.4% of the time versus 95.1% for the same period last year. So retailers want to get orders as early as possible to avoid missing Christmas for gift-givers. Expect retailers to lean heavily into curbside pickup and store delivery services to minimize in-store crowds, while navigating capacity limits with shipping carriers.

It’s also less certain than usual, which categories will be in high demand. With many schools closed, the Back to School season has been slower than usual. With the CDC advising against Halloween parties and Trick or Treating, costume sales and candy are also likely to be curtailed. Apparel has been hit particularly hard by COVID-19. With fewer parties and occasions to get dressed for, it’s not expected to be a great season for fashion. A study by CommerceNext and Bizrate found that nearly half of consumers expect to visit fewer loved ones in person this year, and are likely to give fewer gifts as a result. Consumers with canceled vacation plans may spend more on their homes this holiday season. Major new gaming platforms from Microsoft and Sony may take a disproportionate portion of the toy budgets this year.

Underlying all of this will the economic state of the consumer. With unemployment remaining high, and enhanced unemployment benefits expiring for many, retailers fear that economically-insecure consumers will curtail spending.

As a hedge against a soft holiday season, many retailers cut back on their holiday orders to avoid excess inventory. As a result, popular items may be in short supply as we approach the end of the season.

So what will the net effect be of all factors on Holiday 2020? According to Deloitte’s Annual Holiday Retail Forecast, holiday retail sales are likely to increase between 1% and 1.5% (versus 4.1% in 2019). They also expect that e-commerce sales will grow by 25% to 35%, year-over-year, during the holiday season, compared to 14.7% in 2019. Similarly, AlixPartners estimates sales for October through December will grow 1% to 2.6% from last year’s sales of $1.1 trillion. Sales are sure to be more digital than ever before, with Salesforce projecting 34% e-commerce growth in the U.S. versus 12% in 2019. “Digital commerce won’t fully compensate for the projected brick-and-mortar slowdown, but it will be critical to help retailers close the gap this holiday season,” said Rob Garf, VP of Industry Insights for Retail and Consumer Goods, Salesforce.

The five-day shopping window between Thanksgiving and Cyber-Monday is not likely to as big of a spending spike as previous years. Sales are likely to slow down the last week of the holiday as retail inventories run thin, and e-commerce delivery capacity is exhausted. The relatively light inventory positions for many retailers also means that retailers may offer fewer discounts.

However the holiday sales net out, they will not be the same for everyone, with clear winners and losers based on product categories and geographies. This holiday will be unlike any previous year. Retailers need to tighten up their seat belts because it’s going to be a bumpy road.