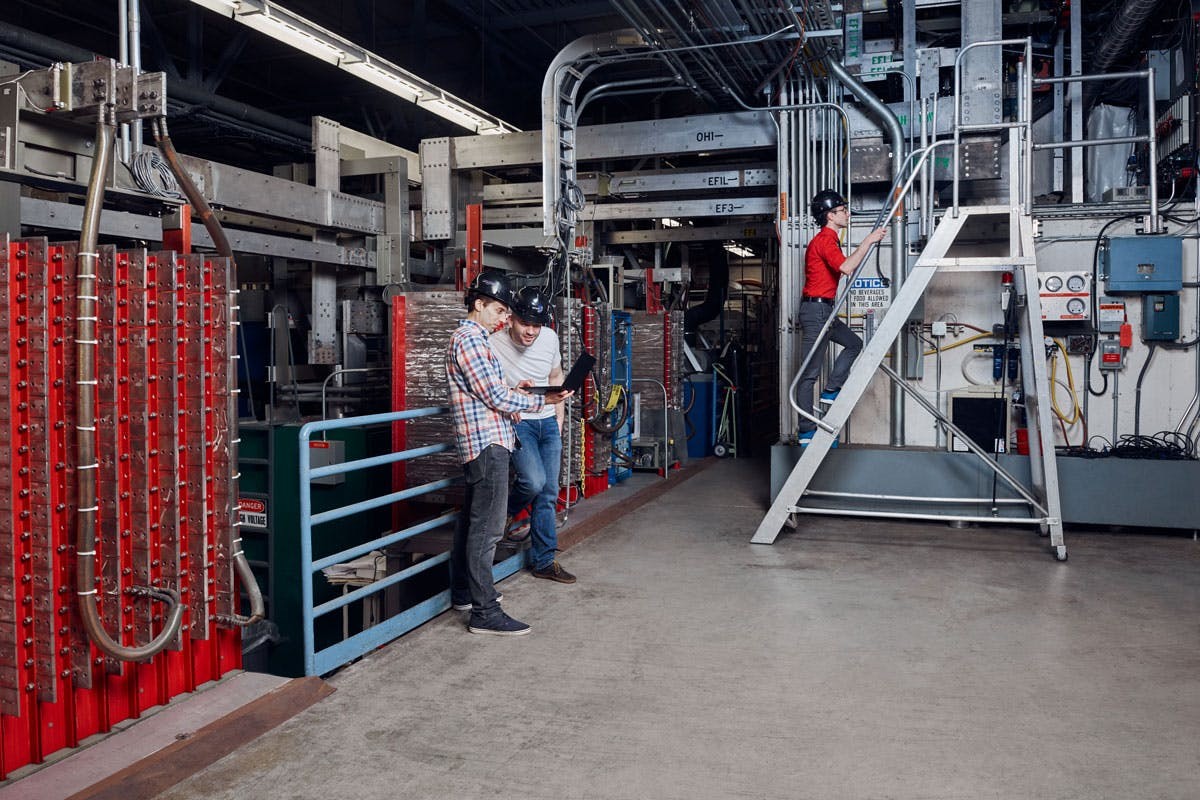 In 2014, Lockheed Martin (NYSE:LMT) shocked the world with the announcement that it was building a nuclear fusion reactor and planned to have it online “in as little as ten years.” Five years later, Lockheed confirmed that it is still working on the project — but had made very little progress in nuclear fusion energy.

Now it sounds like MIT may beat them to it.

The SPARC of an idea

On the opposite side of the country from the fabled Skunk Works, which is working on LockMart’s version of the reactor, scientists at the Massachusetts Institute of Technology Plasma Science and Fusion Center are working on a compact fusion reactor of their own, reports The New York Times. Within the next three to four years, working in cooperation with a company spun off from MIT in 2017 to commercialize the idea, “Commonwealth Fusion Systems LLC,” MIT hopes to have a “SPARC” test reactor built to prove their concept.

MIT and CFS intend to use “yttrium barium copper oxide (YBCO) high-temperature superconducting magnet technology” to form a magnetic field to contain a reaction in which deuterium and tritium (both isotopes of hydrogen) will be forced to fuse together under high pressure and temperatures of “tens of millions of degrees.” The entire donut-shaped reactor should be “about the size of a tennis court,” says CFS CEO Bob Mumgaard. But if it works as promised, the reactor should produce about 10x more energy than is required to ignite and maintain the fusion reaction within it, paving the way, says CFS, for “carbon-free, safe, limitless, fusion power.”

At that point, MIT and CFS will begin constructing a full-scale “ARC” — which stands for “affordable, robust, compact” — power plant, possibly as early as 2025.

MIT and CFS are planning for their prototype ARC reactor to put out about 270 megawatts — about one-quarter the output of a standard fission reaction nuclear power plant, and enough to power 100,000 homes.

Similar in concept to the International Thermonuclear Experimental Reactor (ITER) currently under construction in Southern France (with an expected operational date of 2035), MIT and CFS say their reactor will cost only a fraction of ITER’s expected $22 billion price tag. If they’re right, that would also make ARC cheaper to build than existing fission-based nuclear power plants, which can cost $23 billion and up.

Moreover, operating costs after construction should be significantly less, as a fusion reactor will not need expensive uranium to fuel it, instead using hydrogen as its fuel source. Nor will it need so much fuel. Indeed, CFS claims that “one glass of water will provide enough fusion fuel for one person’s lifetime” — without the radioactive waste of a traditional nuclear reactor.

What it means for investors

Now, what are the chances MIT and CFS will succeed in their project?

Well, if funding is any indication of the chances of success (it might not be, but I’d argue it’s at least a gauge of investors’ confidence), MIT and its partner are off to a good start. According to data collected by S&P Global Market Intelligence, in just three years, Commonwealth Fusion Systems has already attracted nearly $250 million in private financing from investors, including both private equity firms and also Italian energy giant Eni S.p.A. (NYSE:E).

That’s more than twice the money that privately-held, California-based TAE Technologies — another start-up doing fusion research — is reported to have amassed, and nearly five times what U.K.-based First Light Fusion, affiliated with Oxford University, has raised.

That being said, it’s far less than the $106 billion market capitalization backing Lockheed Martin’s efforts. Given how little progress LockMart seems to have made over the past six years, I’d caution investors not to take even MIT’s success for granted. CFS might still fail in its endeavor.

That being said, the amount of private money being thrown at this endeavor is intriguing. As MIT and CFS continue to progress toward construction of their test reactor, an IPO might not be out of the question to accelerate their efforts. As one of the leaders in this new field of energy research, Commonwealth Fusion Systems is an IPO prospect I’d want to keep on the lookout for.