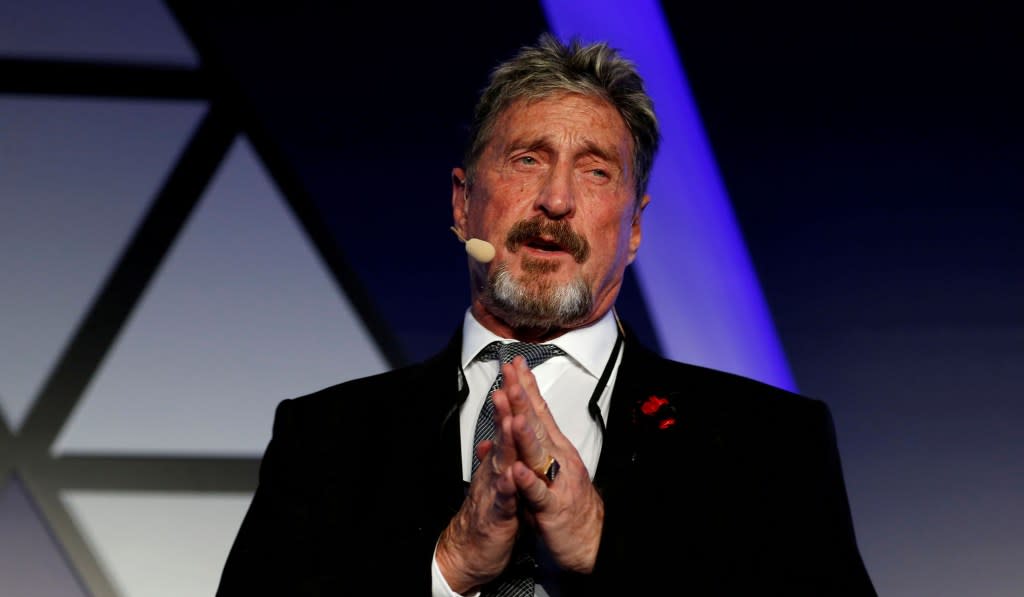 Antivirus software pioneer John McAfee has been arrested in Spain and is expected to be extradited back to the U.S. on tax evasion charges, the Justice Department said Tuesday.

McAfee, 75, who founded the wildly successful computer anti-virus software company named after him, was arrested in Spain as he tried to board a flight to Istanbul.

A June indictment against McAfee in the U.S. court in Tennessee was unsealed by the Justice Department on Tuesday charging him with tax evasion and willful failure to file tax returns.

McAfee earned millions of dollars from promoting cryptocurrencies, consulting work, speaking engagements, and selling the rights to his life story for a documentary, and from 2014 to 2018 allegedly failed to file tax returns, according to the indictment. None of the income in question is connected with the software company he founded, which McAfee resigned from in 1994.

The indictment also alleges that McAfee evaded his tax liability by routing his income into bank accounts and cryptocurrency exchange accounts that were set up by other people and attempted to skirt the IRS by placing his assets in other people’s names, including real estate, a vehicle, and a yacht.

He faces five tax evasion counts carrying a sentence of five years in prison or a $250,000 fine and five more counts of willful failure to file a tax return that could result in one year in prison or a $100,000 fine.

In 2012, McAfee went into hiding in Belize when police in the country sought him for questioning in the death of his neighbor. He reappeared in Guatemala City several weeks later.

The legendary Silicon Valley entrepreneur has twice attempted to run for president as a Libertarian Party candidate, first in 2016 and a second time this year.