Home / Apple Is Building A Fundamentally Different Future For Software 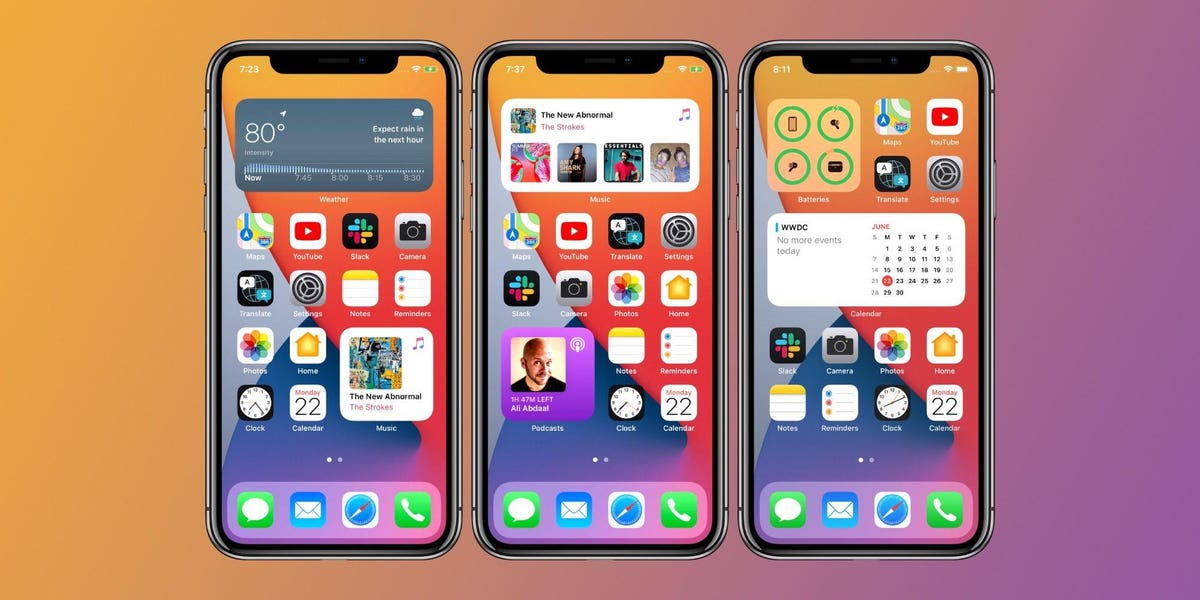 
If you’ve seen The Social Dilemma on Netflix, the iOS 14 imperative will ring a bell. Because in its new mobile operating system Apple is building a fundamentally different future for software that will result in attention-focused developers failing, and service-oriented developers winning, Nick Hobbs told me on a recent episode of the TechFirst podcast.

“When you look at iOS 14, you can see that Apple is not neutral on the question of where technology goes in the future,” Hobbs says. “Littered throughout the OS are lots of changes that make it very clear they don’t want their products and platforms to be tools for attention merchants … I think the iOS 14 update is in both ways big and small, a really strong statement that Apple wants to be building a future of services and not one of this monetization of attention.”

To dive into how iOS 14 changes the paradigm of what mobile computing means, we have to look at how apps worked in previous versions.

For more than a decade, mobile app publishers have fought hard to get their apps installed. Getting installed meant they now owned a small amount of real estate on the “three-foot device,” the most personal computer ever invented that is rarely more than three feet from your body. From that privileged position, they could badger you for attention: throwing push notifications to your phone, adding little red numbers to the top corner of their app icons to let you know that you were missing something. The continual goal: get you to open the app, spend some time, engage with some content, and (maybe) watch a few ads.

For starters, home screen real estate is much harder to achieve.

“By default, all the apps get put in what they call the ‘Library,’ which is kind of a side space, and you can search for them,” Hobbs says. “You can still find them, you can go into the library and drag them onto your home screen. But as a developer, you have to earn that spot on the home screen.”

Even more important, however, is that Apple has created and prioritized widgets.

Widgets provide snippets of an app’s functionality and information without the bother of actually launching the app. They have the opportunity to vastly increase how much you use an app, or vastly decrease that time.

Listen to the interview behind this story on the TechFirst podcast:

One example is Photos, an Apple app I rarely used to use. If I needed a picture, it was usually a recent one, and generally available from the Camera app without the bother of going into the full Photos experience. Now, I’m using the Photos widget, which is showing top featured photos from more than a decade’s worth of pictures. That’s immediately useful and interesting right on the home screen, and it sometimes impels me to tap into the full Photos app and see more.

The new iOS 14 App Library, which is similar to Android’s app drawer.


Another example is Activity, another Apple app that displays how much exercise you’ve gotten in a day. The widget shows everything I need on the home screen; I don’t need to tap into the app to see more.

Hobbs says that’s going to be true for many more apps, including ones that are currently big winners.

“People who provide real utility every single day, like those are the winners in iOS 14,” Hobbs says. “And the people who are trying to distract you and then monetize that attention by selling it to somebody else, that’s not a future that Apple wants to build.”

It doesn’t take a genius to understand just who an operating system that de-prioritizes attention merchants might be aimed at. But it’s also not like iOS 14 is just aimed at Apple’s frenemies and coopetitors like Facebook. Google, for instance, is another frenemy and coopetitor, but widgets are likely to be positive for Google. I almost never touch the standalone Google app currently, but with the Google widget on my home screen, traditional Google text search, Google Lens for visual search, and voice search are all just one tap away.

In other words, widgets are an attempt to disrupt a certain type of mobile software.

“That maps very well to subscription-oriented businesses,” Hobbs says, talking about widgets. “What it works very poorly for are things like freemium services, where like the idea is we kind of lure you in because it’s very easy to use, it’s easy to get started, and then over time you use it more and more. You like it more and more, and then eventually, because it’s this freemium service, we’ll start charging you by in-app purchases or something like that.”

Apple invented and launched the first modern mobile App Store eight years ago, and when it launched, apps were largely paid. There were some free apps — weather, news — but it was common for apps to be $0.99, or $1.99. Fast-forward a few years into the evolution of apps, and the scales tilted heavily towards free.

One kind of free was the attention merchants of surveillance capitalism, if you will. The Facebooks and Reddits and YouTubes of the world. The other kind of free was freemium, like the vast majority of highly successful games: free to install, free to play, but costly if you want to get good and you want to get good fast. As Hobbs puts it … the kinds of games that you pay for out of frustration.

The reality is that seemingly small changes to the iPhone operating system can have major impacts.


Hobbs was the product manager for Google’s iPhone app during the shift from iOS 6 to iOS 7. And that Apple software change had a major financial impact on Google.

“The most drastic impact that we ever saw was actually just a change in the user experience where they redesigned Safari,” he says. “At Google, we just basically took it on faith that more searches is better, right? Like, people searching more, that is a happy user is the person … and when they redesigned iOS 7 and introduced a new look for Safari, traffic fell off a cliff … it looked like a Great Depression graph.”

So it’s going to be interesting to see what iOS 14 does to the future of apps: which apps win, and which apps fail.

All apps still have the opportunity to compete and to convince people that they are worth their time, but Apple’s changes will benefit different types of apps unequally.

For Hobbs, moving apps off the home screen and adding widgets — plus the myriad new privacy-focused changes to iOS 14 — means fewer ad-monetized services.

That’s good for Hobb’s new startup, which is subscription based, and he says he thinks it’s also good for him personally, as an iPhone owner. As a CEO, he’s trying hard to ensure his company succeeds. As a human being, he’s trying hard to live his life without being unduly influenced by what’s blowing up on social media, by the political outrage machines surrounding us in digital environments, and by the general negativity and stress that can come from consuming too much digital content.

“It’s hard for me on my own to fight every engineer at Facebook, right? There are lots of them, they’re very smart people, they’re very good at what they do, and a lot of them, their job is to get me to spend more time on Facebook,” Hobbs told me.

“And the only way that … you have a fighting chance in winning that battle is if more software companies try to help you live the life that you want to live. And I think Apple is one of those companies that’s trying to say: ‘we know that there is more to life than scrolling through Facebook.’”

New Apple mobile operating systems tend to get adopted very quickly. It will be interesting to see if Hobbs’ predictions are true and if, indeed, Apple’s new operating system will save us from ourselves.

It is worth mentioning, of course, that Apple doesn’t make money on services that monetize via advertising, like Facebook, or Twitter, or Instagram. Apple does make money on subscription services. At least, when they obey the App Store guidelines and use Apple’s payment services.

See the full transcript of my conversation with Nick Hobbs.