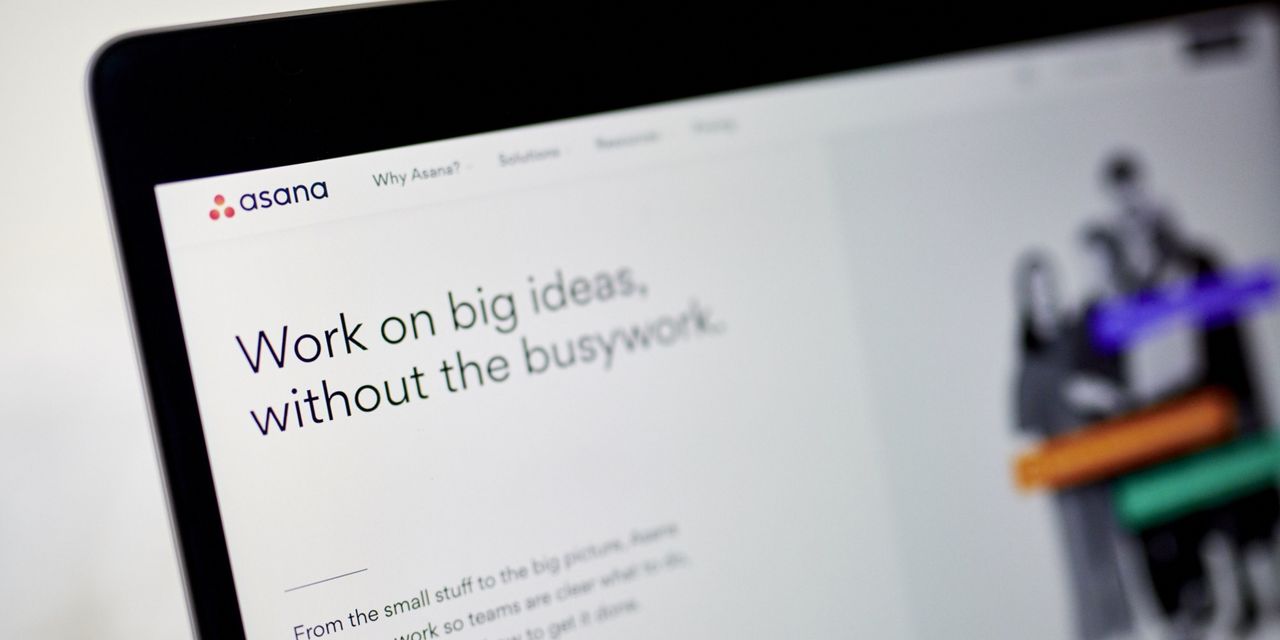 
If you were thinking of buying shares of

the project-management software company that just came public via a direct listing on the New York Stock Exchange, you might want to think again.

Bernstein analyst Zach Chrane picked up coverage of Asana (ticker: ASAN) late Thursday with an Underperform rating and $19 target price. The company opened for trading last week at $27, after the NYSE set a reference price” on the stock of $21. Near midday on Friday, the stock was off about 1% to $26.27.

Chrane’s assessment is that there’s nothing all that special about Asana’s software. The company declined to comment on the report.

“Asana provides a project management SaaS [software as a service] solution for relatively basic functions, in a market that is somewhat commoditized, in which we view Asana as a second-tier vendor,” Chrane wrote in a research note. “Competing products have similar core functionalities and pricing. Vendors in this field tend to frame their future growth as driven by market growth, rather than being driven by genuine differentiation. Asana has a solid product and a talented, visionary management team, but its solution does not stand out among peers.”

The company’s founder and CEO is Dustin Moskovitz, a co-founder of Facebook (FB).

A Bernstein survey found that the best-known player in the project- management software market by far is Microsoft Project, followed by

and Trello, which was acquired in 2017 by

Chrane says Asana’s product “appears easily replicable, technologically,” and he adds that the company faces “increasing competition from other pure-play vendors and mega-scale players.” He contends that the company’s self-described differentiation of “thoughtful design” will likely “prove inadequate as a competitive edge. Nearly all new SaaS offerings are easy-to-use, with similarly aesthetic [user interfaces].”

The analyst also warns that there are signs of rapid deceleration in Asana’s business. He finds that the payback period for revenue- acquisition costs has doubled in the last year, while net new revenue has slowed down significantly.

Asana’s net revenue retention rate, a way to measure the company’s ability to keep and expand its customer relationships, was 115% in the latest quarter, a figure he called“decent but relatively low for a company premised on high growth and bottom-up expansion, especially for a digital collaboration tool that should benefit from distributed work environment and current [work from home] tailwinds.”

Chrane’s conclusion: “We believe Asana is overvalued, given that it is already showing signs of rapid growth deceleration. Asana will need to continue to spend heavily to compete, and we do not see a path to sustainable, profitable growth that would justify the current valuation.”

With a valuation of about $4.1 billion, Asana shares trades at about 19 times Chrane’s estimate for revenue of $212 million in the January 2021 fiscal year.