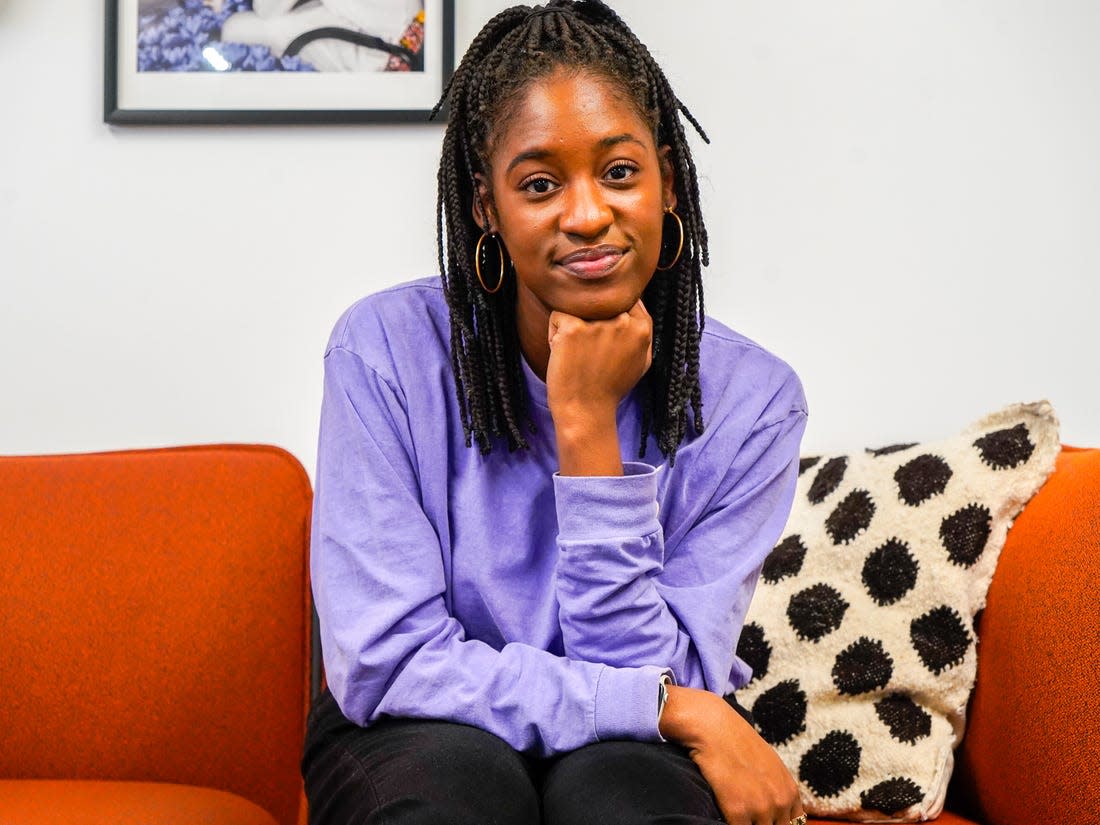 Over the weekend, Coinbase CEO Brian Armstrong said the company does not engage on border societal issues when they are not related to its core mission. On political causes, Armstrong said Coinbase also does not advocate for any causes or candidates that are not related to its mission “because it is a distraction from our mission.” In that Medium post, Armstrong recognized that some employees may disagree and even resign.

A couple of days later, Armstrong began offering employees who don’t feel comfortable with the direction of the company a severance package, The Block Crypto reported.

“It’s always sad when we see teammates go, but it can also be what is best for them and the company,” Armstrong wrote in an internal memo. “As I said in my blog post, life is too short to work a company that you aren’t excited about.”

It’s quite a statement to make just weeks away from a very important presidential election. But Armstrong’s justification seems to be that he doesn’t want the internal strife that has happened at companies like Google and Facebook to happen at Coinbase.

Obviously, people have feelings and thoughts about Armstrong’s stance. One on side, there’s Y Combinator Founder Paul Graham saying Coinbase will push away the “aggressively conventional-minded” people but that those types of people “tend not to be good at building things anyway.”

And on another side, there’s Twitter CEO Jack Dorsey pointing out how Armstrong’s stance leaves people behind.

#Bitcoin (aka “crypto”) is direct activism against an unverifiable and exclusionary financial system which negatively affects so much of our society. Important to at *least* acknowledge and connect the related societal issues your customers face daily. This leaves people behind: https://t.co/0LMlF1qcmG

Then, there’s also confusion around how Armstrong could say that Black lives matter in June and then go on to say that workers essentially need to leave their politics and beliefs that don’t relate to work at home. Well, GitHub Director of Engineering Erica Baker tweeted that someone probably forced Armstrong’s hand into speaking out about Black lives.

coinbase engineers walked off because brian wouldn’t say “Black Lives Matter,” he posted it so they’d get back to work, now he’s having an executive “YOU AREN’T THE BOSS OF ME!” meltdown* about it. 🙄

The invitation-only audio social app was home to a discussion titled, “Anti-Semitism and Black Culture” this week. During the discussion, someone reportedly said Black and Jewish communities differ because of their relationship to economic advancement, Bloomberg reported. In response, another person reportedly said, “The Jewish community does business with their enemies; the Black community is enslaved by their enemies” — to which some people pushed back, saying it perpetuates a harmful stereotype about Jewish people.

I apologize to anyone who felt threatened or harmed by anything said in the CH room I started tonight. I had no intention of negativity.

Amid private social app Clubhouse finding itself again under heavy scrutiny, there perhaps is no better time for the emergence of a platform that provides a safe space for people of color.

Naj Austin, founder and CEO of subscription-based physical and digital community Ethel’s Club, is building Somewhere Good to be a one-stop shop for people of color. Beyond being a place for people of color to connect, it’s also about creating a safe space for folks to be their authentic selves.

“A lot of how we’re talking about Somewhere Good with investors is this idea of a new online world where our identities are centered,” Austin told me. “The vision for Somewhere Good is you take your phone out of your pocket and, as a Black person or person of color, all of your needs are met there in that one place.”

Greylock is one of a number of VC firms that have kicked into action following the police killings of George Floyd, Breonna Taylor and other unarmed Black people and people of color. The multi-pronged partnership will enable Greylock to tap into MLT’s network of around 8,000 Black, Latinx and Indigenous professionals and connect them with potential roles at the firm’s portfolio companies. Additionally, Greylock and MLT will work together to support retention at those companies, as well as help MLT professionals pursue careers in venture capital.

“And look, VCs and tech startups — we just have to be honest that we’ve been really bad at getting this right,” Greylock Partner David Sze told TechCrunch. “Historically, I mean, we’ve let the system sort of evolve without much top down oversight in regards of diversity and inclusion and we just really need to change that.”

Twitter’s most recent diversity report showed that the company has done an okay job of increasing representation of Black employees at its company since 2017. In 2017, Twitter was just 3.4% Black and in August 2020, Twitter was 6.3% Black.

Twitter’s technical team is also mostly white (41.4%) so perhaps it’s no wonder why Twitter has had some algorithmic bias issues.

A new site popped up that details the discrimination people experience in tech. The folks behind DiscoTech describe themselves as “a diverse group of cross-tech organizers who are committed to ending discrimination in the workplace.”

On being a woman in tech:

After introducing myself to a peer at a social gathering, I was asked if I had ‘come to Microsoft to find a husband?’ The blatant question left me speechless, and I was shocked by his total disregard for my professional aspirations. My friend overheard and she quickly asked if he would pose the same question to a man, asking if he’d ‘come to Microsoft to find a partner?’ He got defensive and denied his originally offensive inquiry.

On being underpaid in tech:

This event happened prior to my joining the team, but I didn’t find out about it until years later.  The hiring manager bragged openly about how ‘little’ she hired me for while I was desperately leaving a toxic work environment. I pushed back, she was persistent and being afraid of losing the offer I took it. I ended up leaving the position for a job that paid market value. Irony.

On being a Black woman in tech:

I’m not sure where to begin with the amount of discomfort I’ve experienced in the work place. As a Black, woman in tech I’m all too familiar with being an extreme minority. I guess you could say my discomfort began at the beginning of my professional career. I accepted a position at my company in a 6 month training program for recent college graduates. Upon arrival at orientation I realized I was the only Black woman out of 70 participants. 70 other co-workers and I was the only one. I felt completely alone and as if I had no one who could relate to my unique experience. From there, it was small incident after small incident that caused my discomfort to grow. From my technical trainer referring to me as Sheba, as in the Queen of Sheba, in the middle of a training session to my colleagues constantly questioning my intelligence, work became a stressful environment. It didn’t help that when I tried to reach out throughout the company for assistance with existing in the workplace, I was often told to keep to myself and try my best to ‘fit in.’ It took me a while to find a support system but I’m glad I finally did because the amount of microaggressions I face on daily basis is often overwhelming.

Shipt shoppers are organizing a handful of actions in protest of Shipt’s new pay structure that began rolling out this month. The first action is happening from Saturday, Oct. 17 through Oct. 19, when workers are calling on their fellow Shipt shoppers to walk out and boycott the company. Organizers are asking for shoppers not to schedule any hours or accept any orders during that time.

“Our goal is to draw attention to the fact that this pay scale really does affect shoppers and regardless of Shipt’s position of it taking into account effort and benefitting shoppers, we are finding it is the opposite on both fronts,” Willy Solis, a Shipt shopper in Dallas and lead organizer at Gig Workers Collective, told TechCrunch. “It’s not holding up to the true reality. We are getting paid less for more effort.”

A group of 40 workers at Ford-owned Spin ratified their first union contract with Teamsters Local 665 this week. The group of workers consists of shift leads, maintenance specialists, operations specialists, community ambassadors, and scooter deployers and collectors.

“This new contract gives us job security and immediate money up front, with guaranteed increases each year going forward. We also got holiday pay and vacation, which we didn’t have before we organized,” Spin worker Shamar Bell said in a statement. “All this means a lot during the pandemic. We know our union will have our back if our boss or the city government tries to make changes. I can say for sure, we’re proud to be Teamsters.”

As part of the three-year agreement, Spin workers will get annual pay raises of more than 3% each year, six paid holidays (compared to zero holidays), vacation days based on years of employment (compared to no vacation days), five sick days a year, a $1,200 per employee ratification bonus, benefits accrual for part-time workers and other benefits.

By the way, TechCrunch Sessions: Mobility is coming up next week. Since you made it to the end of this, here’s a 50% off code for you to get full access to the event. This code will get you into the expo and breakout sessions for free.