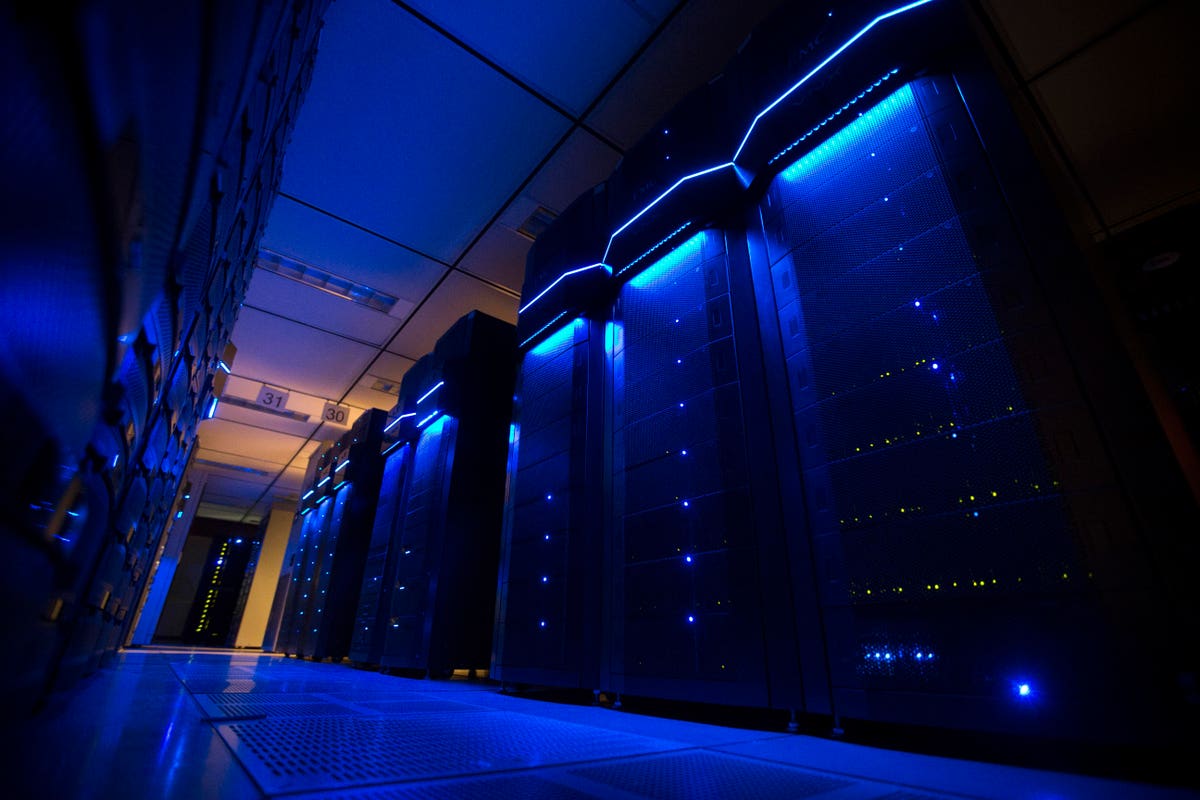 This Wednesday, May 20, 2015 photo shows server banks inside a data center at AEP headquarters in … [+] Columbus, Ohio. (AP Photo/John Minchillo)


Through Covid-19, people are spending more time online not just to work and learn but also to shop, and entertain themselves. Our indicative Theme of Internet Infrastructure Stocks which includes a diverse set of companies that sell semiconductor products, networking equipment, and related products that underpin the Internet should stand to benefit from the growing requirement for connectivity and computing power.

The theme remained roughly flat over the last 5 trading days, on an equally weighted basis, compared to the S&P 500 which declined by over 3%. However, the theme is up by about 11% year-to-date compared to the S&P 500 which has gained about 3% over the same period. Nvidia, up 106% year-to-date, is the primary driver of the theme’s return this year. On the other side, Cisco, is down roughly 19% this year. Here’s a quick rundown of some of the stocks and their performance over the past year.

Nvidia, a semiconductor company best known for its graphic processing units that are increasingly used in servers for machine learning and AI, is up 106% this year. Last week, the company announced a deal to acquire chip designer ARM which specializes in power-efficient central processing units that are popular in mobile devices. The stock fell by about -3% over the last 5 trading days. (related: Nvidia Stock Headed Toward $700?)

Cisco is a networking major that sells networking software, and products such as switches and routers. While the stock has underperformed, declining by about -19% year-to-date, it could pick up as data centers start upgrading to the next generation 400G network technology, which improves data capacity significantly. The stock fell by about 3% over the last 5 trading days.

Micron Technology, a memory manufacturer that sells DRAM and NAND memory, has underperformed, with its stock declining by about -7% this year due to some weakness in memory prices. However, it’s possible that pricing for DRAM could pick up in the coming quarters, driven by the launch of new gaming consoles and demand from the server space. The stock is up by about 1% over the last week. (related: Micron Looks Like A Better Bet Compared To Texas Instruments)

Intel, one of the largest producers of CPUs for servers, has seen its stock drop by about -17% this year, due to delays with its next-generation 7-nm chips and strong competition from rivals like AMD. The stock remained roughly flat last week.

Lumentum Holdings Inc., a maker of optical fiber networking products, is down by about -9% year to date. The stock gained about 4% over the last week.

What if you’re looking for a more balanced portfolio instead? Here’s a high-quality portfolio to beat the market, with over 100% return since 2016, versus about 50% for the S&P 500. Comprised of companies with strong revenue growth, healthy profits, lots of cash, and low risk, it has outperformed the broader market year after year, consistently.