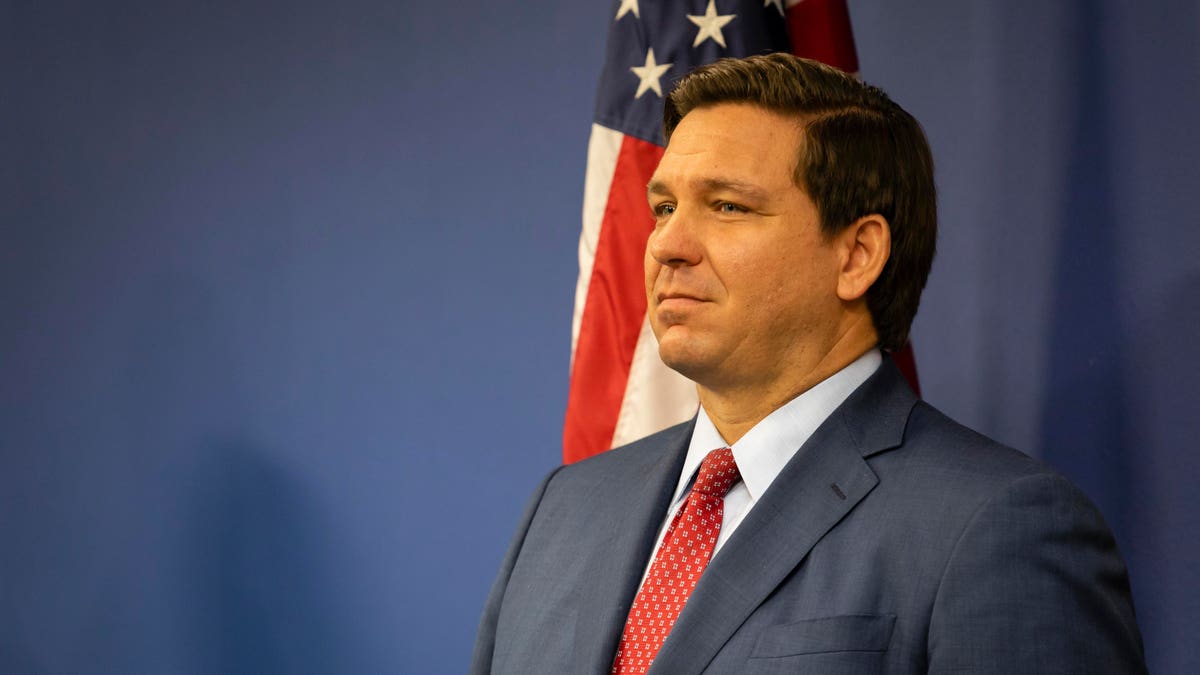 After a Florida voter registration website crashed on the final day residents were eligible to register for the November election, Gov. Ron DeStantis extended the state’s registration deadline by one day, giving Floridians until 7 p.m. Tuesday to enroll to vote.

Florida Governor Ron DeSantis is seen during a press conference relating hurricane season updates at … [+] the Miami-Dade Emergency Operations Center on June 8, 2020 in Miami, Florida. NOAA has predicted that this year’s Atlantic hurricane season will be more active than usual with up to 19 named storms and 6 major hurricanes possible.

The system failure could have potentially prevented thousands from registering to vote in the key battleground state.

DeSantis extended the state’s voter registration deadline to 7 p.m. Tuesday and ordered election offices and DMVs to stay open until 7 p.m. for those residents who want to register to vote in person, according to the Associated Press.

Democrats in the state found the crash suspicious and noted that the system proved to be fragile earlier this year.

This marks the fourth time the Florida voting portal has crashed since the site launched in 2017. In 2018 the portal crashed one month before primary day, and one day before voter registration deadline for the general election. The site also crashed in March this year, and was taken down for maintenance just before National Voter Registration Day.

1.1 million. That’s how many requests the online voter registration system was receiving per hour Monday evening, according to Florida Secretary of State Laurel Lee.

This is just [the] latest attempt from the Republican leaders in Florida to limit democracy,” Florida Democratic Party chair Terrie Rizzo said in a statement. “The Florida Voter Registration website not working on the last day to register to vote in Florida is blatant voter suppression. Fix the website, stop the suppression, and let democracy work.”

Former New York mayor and Democratic presidential candidate Billionaire Mike Bloomberg, raised over $16 million to help Floridians pay fines related to felony charges so they can vote. According to Florida law, those convicted of felonies are not eligible to vote until they’ve paid all fines related to their conviction.