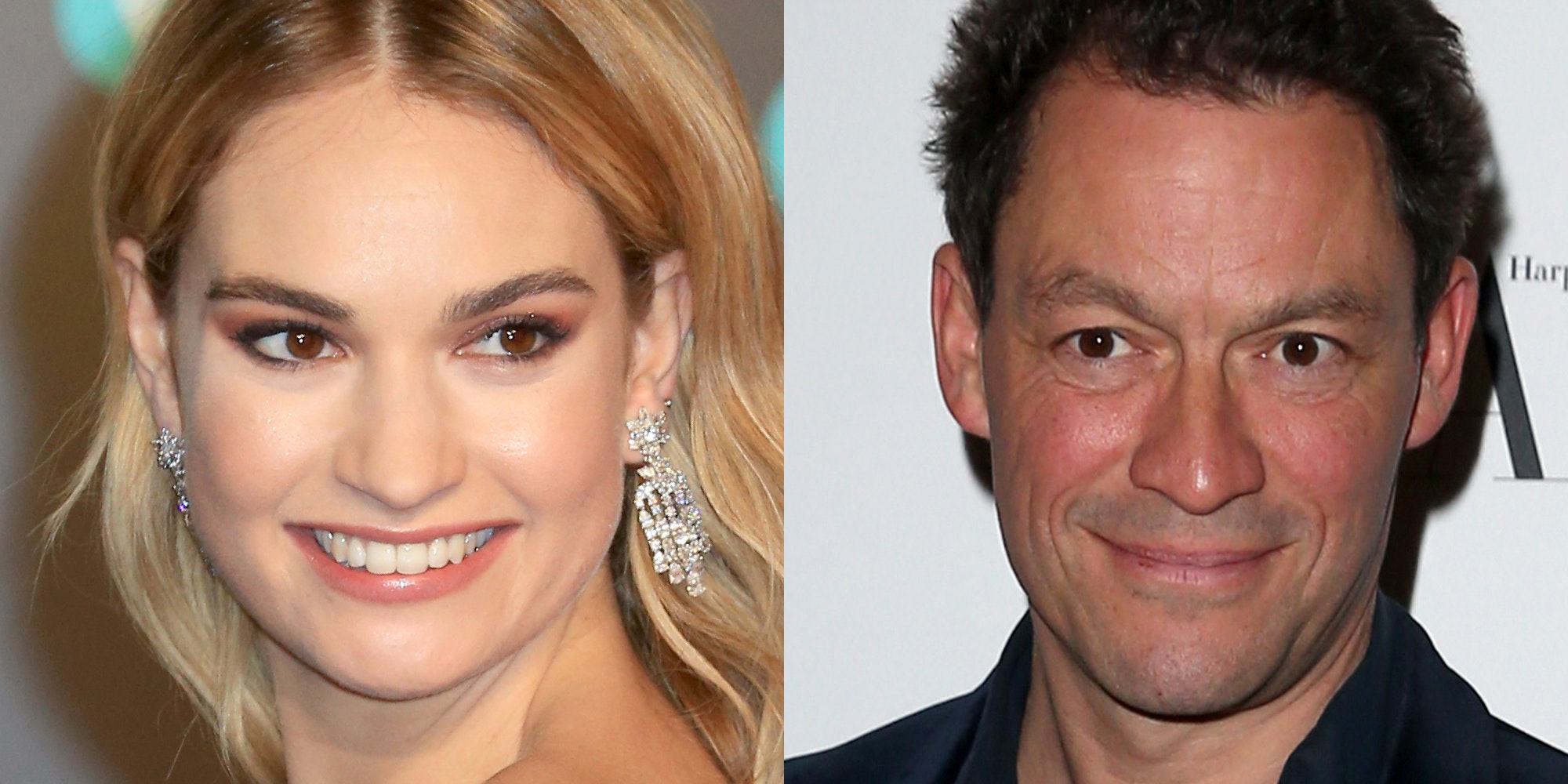 The Affair star Dominic West and his wife Catherine FitzGerald released a handwritten statement to reporters saying that they were “very much still together” after photos of West kissing actress Lily James emerged online.

The initial photos of West and James, who are set to costar in the BBC miniseries The Pursuit of Love, were taken in Rome, where the two explored the city and had lunch with their manager Angharad Wood. According to E! News, the two appeared to engage in PDA throughout the day and photographs captured West kissing James’ neck.

But on Tuesday, West and FitzGerald stood outside of their home and posed for photos after they handed reporters a handwritten note.

“Our marriage is strong and we’re very much still together. Thank you,” the note read, which West and FitzGerald both signed.

It’s a celebrity gossip story that feels like it’s fresh out of 2005, the kind that links several otherwise random rich and famous people together by random circumstance and a potential affair. FitzGerald is descended from an Irish royal dynasty. Just a few months ago, James was spotted in London with Chris Evans. And West’s turn on The Affair, which explored how extramarital affairs affected those involved, is somewhat on the nose.

On one hand, while the photos of West and James that emerged online went viral, you could argue that the ultimate reach wasn’t very wide. James trended more than West on Twitter, thanks in part to people slut-shaming her for having an alleged affair with a married man (versus a man allegedly cheating on his wife).

Now that West and FitzGerald offered their own statement that raises more questions than it answers, the entire story just became much more fascinating to people looking for a means to escape bouts of online hellscape. And because they addressed it by not addressing it directly, a lot more people are aware of the photos of West and James now than they were yesterday.

A couple of older quotes from West on monogamy and affairs are resurfacing. For instance, in a 2016 interview with the Evening Standard (during the height of The Affair), West said that “women should be more indulgent of affairs and that “It’s daft to kick someone out over a fling.”

And then, of course, you have memes where West and FitzGerald hand out different notes or are compared to a sketch from the U.K. show Little Britain.

Michelle Jaworski is a staff writer and TV/film critic at the Daily Dot. She covers entertainment, geek culture, and pop culture and has covered everything from the Sundance Film Festival, NYFF, and Tribeca to New York Comic Con and Con of Thrones. She is based in Brooklyn.