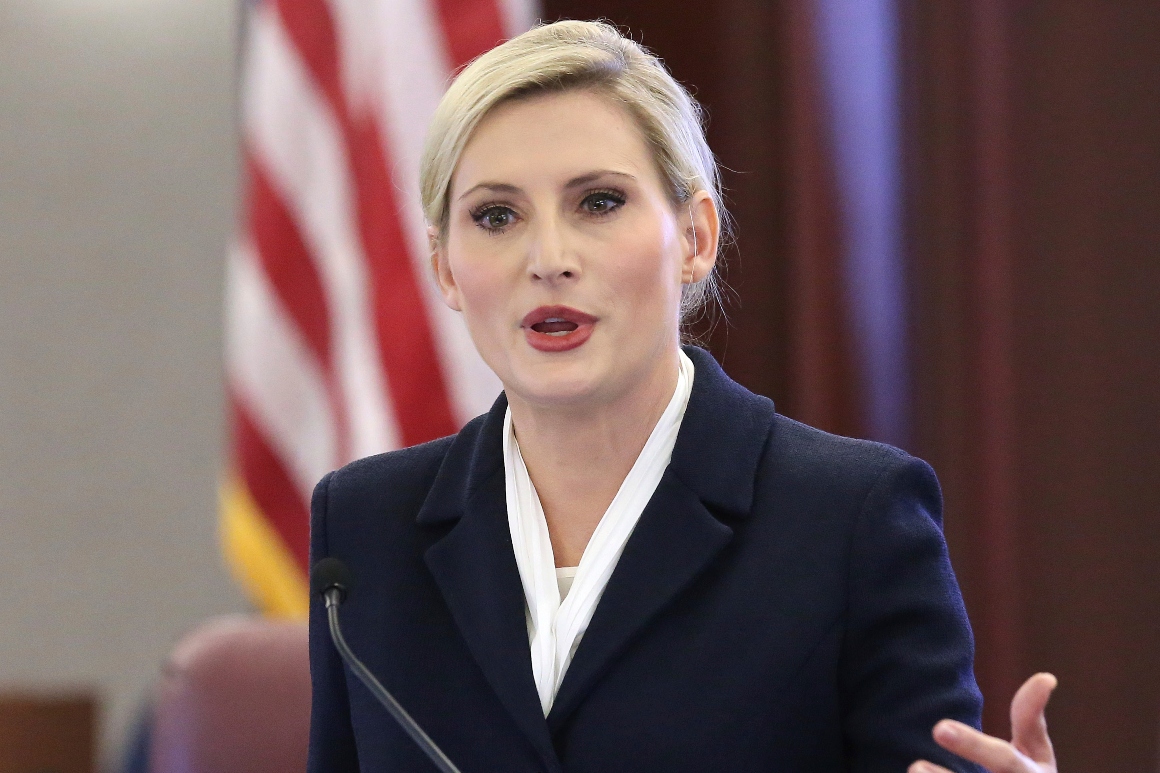 TALLAHASSEE, Fla. — Florida extended the deadline for voter registration after the state’s online portal crashed under the weight of heavy traffic hours before the Oct. 5 deadline.

Registration will be open for an additional seven hours, from noon to 7 p.m. on Tuesday, Secretary of State Laurel Lee said in a written statement.

The move should short-circuit a lawsuit that civil rights and voting groups were preparing to file early Tuesday.

Lee met with Gov. Ron DeSantis on Tuesday to review trouble with the portal. In a written statement, she said the site’s failure appeared to be linked to “unprecedented volume and traffic” and that her office “will work with our state and federal law-enforcement partners to ensure this was not a deliberate act against the voting process.”

The portal went down Monday afternoon, hours before the midnight deadline for registering.

Democrats called the failure a deliberate effort to suppress registration ahead of the November election. With President Donald Trump and Democrat Joe Biden on the ballot, turnout is expected to be high in Trump’s adopted home state. Trump is unlikely to win a second term if he cannot win in Florida, a presidential battleground where polls have Biden with a slight lead.

Florida’s decision to extend its voter registration comes a day after a federal judge extended the Monday registration deadline in Arizona until Oct. 23, saying that the coronavirus pandemic had curtailed efforts to register voters face-to-face and that many people in the state lacked access to the internet.

Lee, in a tweet posted at about 5 p.m. Monday evening, said the portal had gone down for about 15 minutes. But the problems continued through the evening as the midnight deadline loomed.

A trio of organizations, including Lawyers Committee for Civil Rights Under Law and the American Civil Liberties Union of Florida, asked the state to extend voter registration for another day.

Kristen Clarke, president and executive director of Lawyers Committee for Civil Rights Under Law, said Tuesday morning that her organization had received no response from the DeSantis administration and were preparing to sue.

“We plan to litigate to defend the rights of those impacted,” Clarke wrote in an email.

“This is about constitutional freedoms, not about politics,” she wrote. “It is the state’s duty to ensure the website works as anticipated.”

Rep. Debbie Wasserman Schultz compared problems with the portal to the technical woes of Florida’s unemployment system, which prevented thousands of people from signing up for unemployment benefits in the spring when the coronavirus pandemic started hitting the state economy.

“The utter incompetence of Gov. Ron DeSantis in allowing the state’s voter registration website to crash on the very last day to register for the upcoming November election is, sadly, completely believable,” Wasserman Schultz said in a statement. “His administrative buffoonery in operating the state’s unemployment system telegraphed today’s executive ineptitude.”

State legislators overwhelmingly voted in 2015 to set up an online registration system in despite opposition from then-Secretary of State Ken Detzner, a Republican, and the portal was launched in 2017.

Nearly 213,000 Floridians so far this year have used the portal to register, making the site‘s traffic second to only the state Department of Highway Safety and Motor Vehicles, which administers drivers licenses. Florida has more than 14 million active registered voters.

The online site has had a history of problems. Potential voters had problems accessing the site in March. And in 2019, the site was taken offline for maintenance ahead of National Voter Registration Day, prompting fierce criticism from Democrats at the time.

Brad Ashwell, Florida state director for All Voting is Local, said his organization had warned state officials they needed to fix the faulty website.

This article tagged under: