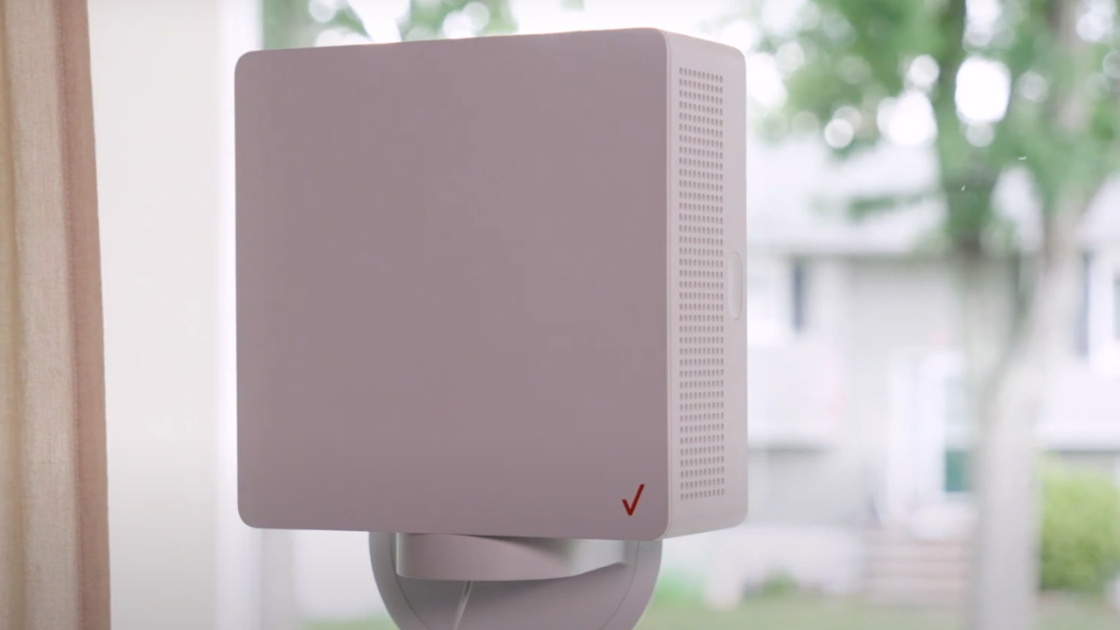 Verizon’s 5G Home service may be fast, but very few people can access it—even in the eight cities Verizon purports to serve.

Since the company doesn’t offer a coverage map for its home service, we pumped more than 400 Chicago and Minneapolis addresses through the Verizon 5G Home address finder, and discovered that the home service has even less coverage than the mobile service does.

That’s not what I expected after I spoke to Verizon last week. On Oct. 1, the company launched a new indoor home router (shown above) that is supposed to have better range than the tiny antennas in mobile phones. But looking at neighborhoods on the North Side of Chicago and in Minneapolis, we found that not only does the coverage not reach beyond what Verizon claims for phones, houses on streets that Verizon purports to serve came back with “no coverage” for the home service.

“The inconsistency in the coverage is going to make marketing Verizon 5G Home next-level challenging, because pitches will have to be targeted individually, and even then may need to be verified on site,” said Avi Greengart, founder of analysis firm Techsponential.

“With our new equipment, customers will have an even better 5G Home experience. Keep in mind, we’re only on day 3 with the new equipment and our new 5G Home markets. To ensure our customers have the best experience, the website is currently being a bit conservative with who is getting qualified. That said, we’re expecting performance improvements and the addition of new small cells will continue to improve both coverage area and speeds,” a spokesman said.

A Great Deal…But Where?

Verizon’s 5G Home relies on the same technology as its 5G mobile network, offering homes speeds of 300Mbps and up for $50 or $70 a month, depending on whether or not they’re Verizon Wireless subscribers. Users can install the new routers themselves, with no wires or external antennas needed. It’s a great deal if you can get it.

I was ready for disappointment going in. Verizon publishes 5G mobile coverage maps showing that its service mostly courses along major arterial roads and doesn’t reach onto the smaller, residential streets where people would really want home service. I was hoping that the new Qualcomm QTM527 antenna, which Qualcomm said could work more than a half-mile from a 5G panel, would help here.

But no dice. The most striking disappointment came when we looked at Chicago’s wealthy, densely populated Lakeview neighborhood. Not only did coverage not stretch beyond Verizon’s very limited mobile 5G map, addresses that appeared to be right on 5G corridors kept getting rejected. For instance, addresses along W Belmont Ave, N Racine Ave, and N Southport Ave—which should have had coverage—came up with big zeroes.

Let’s Go to the Maps

On all the maps below, the purple lines show where Verizon purports to have mobile 5G coverage, taken from Verizon’s website. The black houses were said to have no coverage by Verizon’s 5G Home address finder. The green houses came up as eligible for 5G Home service.

Those are primarily commercial corridors, too. Most of the homes in these neighborhoods are on side streets that have no hope of coverage right now. Take a look at Rogers Park on Chicago’s North Side; most of the coverage is along the commercial Clark Street corridor, and even then, addresses along W Morse Avenue which claim to be covered, aren’t.

5G mobile coverage is starting to stretch along side streets in Rogers Park, but it reaches few homes.

In Minneapolis, I looked at part of the Bryant neighborhood where Verizon 5G coverage supposedly reaches along 40th Street. Addresses like 223 E 40th St, which should have coverage, do not. And the network doesn’t stretch down any of the residential side streets.

Most Minneapolis homes in this neighborhood are along the residential side streets, where Verizon has little 5G coverafge.

“This is much worse than Verizon’s Fios fiber operation, where coverage is limited by distance to the Central Office, but at least is comprehensive within that area—so you can target neighborhoods, or at least entire blocks. With investment, the 5G Home coverage map can fill in some of those holes, but if Verizon management is not prepared for a one-at-a-time customer acquisition, will it be willing to make those investments?” Greengart said.

Home internet service was one of the first applications anyone discussed for 5G. In our relatively uncompetitive home internet landscape, where most people have only one or two choices for broadband, a competitive, unlimited offering from Verizon for $50/month would really help.

But none of the carriers have properly stepped up to offer an option that would cause ISPs the slightest bit of worry. Verizon, for its part, says it will have 5G home internet in 10 cities by the end of this year, but notably, it never says how much of those 10 cities it’ll cover. It doesn’t seem to cover much.

T-Mobile has actually stepped back from offering 5G home internet. Sprint had a 5G Home Hub device with a 100GB plan for $60. T-Mobile no longer sells any 5G hotspots or home access devices at all. While the company swore as part of its merger that it would offer competitive home internet, it’s made no solid promises to offer any service before 2024.

The most hopeful announcement I’ve heard from home internet competition recently comes from the 4G world, actually: it’s Verizon’s $40/60 rural 4G internet plan. Even there, though, Verizon isn’t offering real maps and is forcing everyone to qualify their address through a website. I just hope this new 4G system doesn’t cover as few people as 5G Home does.

Sherin Shibu and Joe Maldonado contributed to this report.