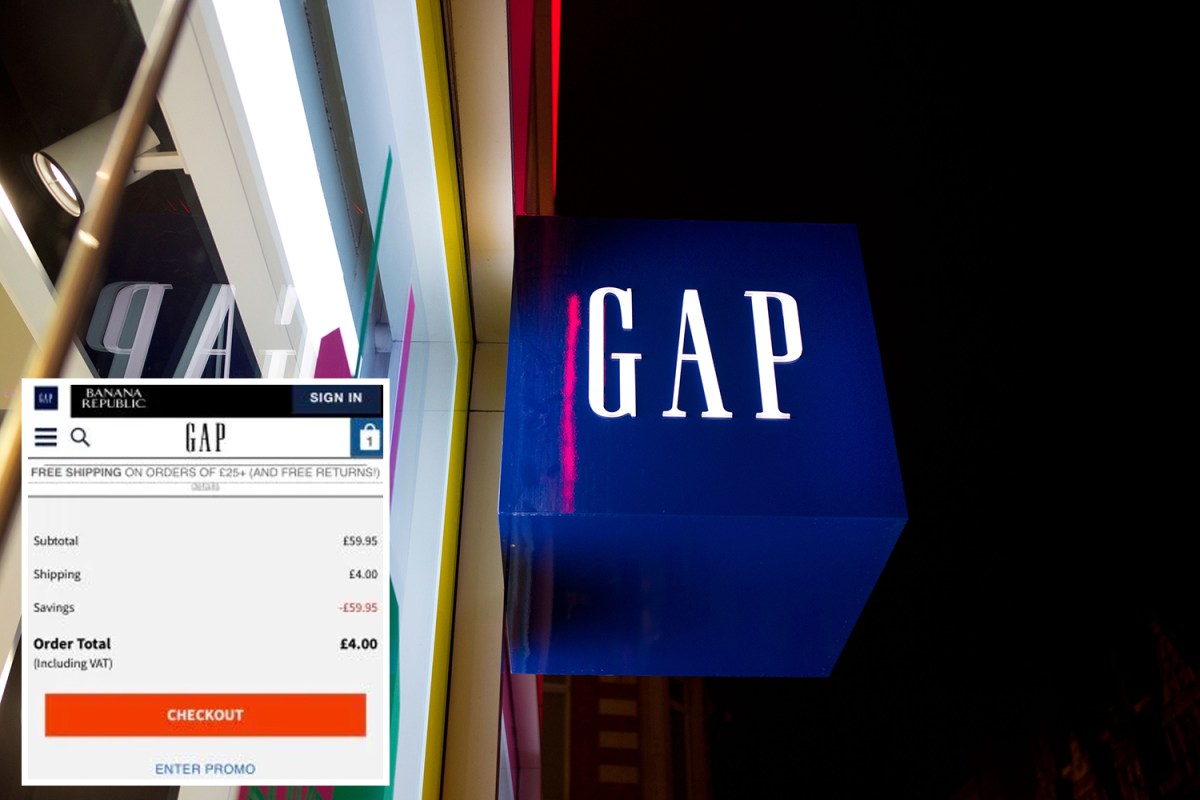 GAP shoppers claim they were able to order hundreds of pounds worth of clothes for free due to a website glitch.

Instead of paying full price on items, an error on the Gap website saw customers only charged a £4 delivery fee.

The glitch was reported on deals website Hotukdeals with customers sharing screengrabs of their orders.

One customer said they placed an order for £60 while only paying postage, while another shopper said they ordered £85 worth of clothes.

Separately, one person said the glitch worked on orders up to £200, although another customer said they ordered £214 worth of goods.

But some shoppers were quick to shame other people for taking advantage of the deal when the retail industry is struggling.

The high street has been under threat from mass job cuts and store closures after non-essential businesses were ordered to close for three months to help stop the spread of coronavirus.

Dire figures published in August 2020 showed 43,000 retail jobs had been axed since the start of lockdown with more roles feared to go when the furlough scheme ends this month.

In June 2020, Gap said it’s lost almost £1billion since the start of lockdown.

The company reported a loss of £740million in the three months to May, compared with a profit of £203million in the same period last year.

One person said: “Does anyone understand what is happening in the world companies going under people not having jobs? I am sorry but this is not the time to take advantage.”

Another commented: “I can go in gap and take £200 worth of stuff for free.
Doesn’t mean it’s right…”

It appears the Gap website glitch has now been fixed although it’s not clear how long the error lasted.

It’s also not clear if the orders will be fulfilled by Gap or if they’ll be cancelled before being sent out.

We also don’t know if these customers received a confirmation email after placing their orders.

We asked Gap for clarification but we’ve yet to receive a response.

Gap has around 1,200 stores operating worldwide, including approximately 150 in Europe with the majority of these in the UK.

In more retail news, the parent company of Peacocks and Jaeger has hired administrators, putting 24,000 jobs at risk.

So far the crisis has already seen women’s fashion retailers Oasis and Warehouse disappear from the high street in a move that saw 1,800 jobs lost.

Laura Ashley also closed all of its 150 stores putting 2,700 jobs at risk.