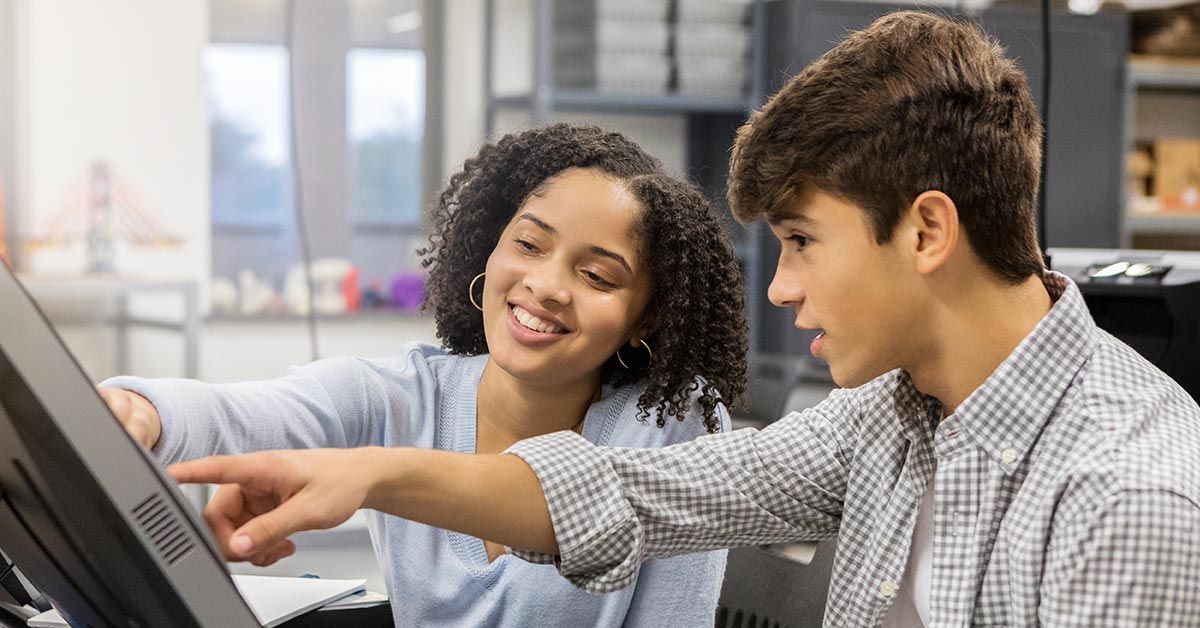 These findings are among those highlighted in the new Google/Gallup report, Current Perspectives and Continuing Challenges in Computer Science Education in U.S. K-12 Schools. This report presents results from the third study in Google and Gallup’s multiyear, comprehensive research effort to better understand perceptions of computer science and access to computer science learning opportunities in K-12 schools. The report includes results from surveys of students in grades seven through 12, parents and guardians of students in these grades, teachers, principals, and superintendents.

Both Girls and Boys Are Confident They Could Learn Computer Science

Overall, two in three U.S. students in grades seven through 12 are very confident or confident they could be successful in learning computer science if they wanted to. This includes majorities of girls and boys — although consistent with previous Google/Gallup studies, girls (60%) are less likely than boys (73%) to express confidence.

Girls’ relatively lower confidence and lack of interest in learning computer science are underscored by findings that show they are also less likely than boys to think it is very important or important for them to learn (31% vs. 49%, respectively).

Results of the 2020 study show there is still opportunity for industry, philanthropy and education leaders to help girls know and explore the myriad career opportunities available in computer science, which may help boost their interest and intent to pursue a career in the computer science field. Leaders can build on the confidence that the majority of girls have in learning computer science (if they wanted to) to illuminate possible pathways.

This is the third article in a four-part series that explores results from and implications of the Current Perspectives and Continuing Challenges in Computer Science Education in U.S. K-12 Schools report. Accompanying articles discuss perceptions of the importance of computer science, access, and availability and quality.