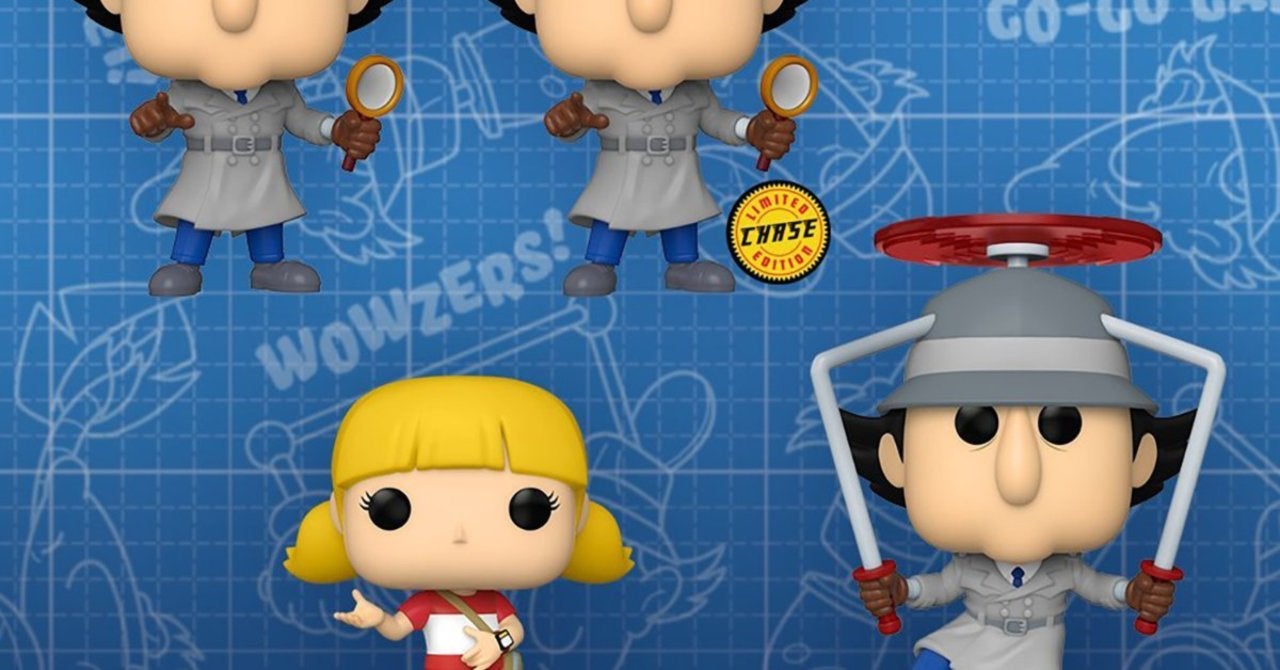 Pre-order links for the Inspector Gadget Pop figures are available below. Go Go get them. Hopefully we’ll get Pop figures of Brain, Chief Quimby, and M.A.D. Cat down the line, but it’s safe to say that everyone is waiting how Funko will handle Dr. Claw. How do you make a Funko Pop of a metal hand on a chair?

For those who might not know, Inspector Gadget was something of a staple in programming blocks aimed at children back in the 1980s and 1990s. The American-Canadian collaboration centered around a police inspector that resembled an extremely lighthearted Robocop. The gruff but determined Chief Quimby sent the hero out to thwart all manner of evil schemes. He had all sorts of gizmos hardwired into his body and solved cases with his niece Penny and her dog Brain. Gadget’s nemesis was the evil Dr. Claw who led an organization called M.A.D. (Fun fact: that acronym has multiple meanings that were never really clarified.)

Note: If you purchase one of the awesome, independently chosen products featured here, we may earn a small commission from the retailer. Thank you for your support.