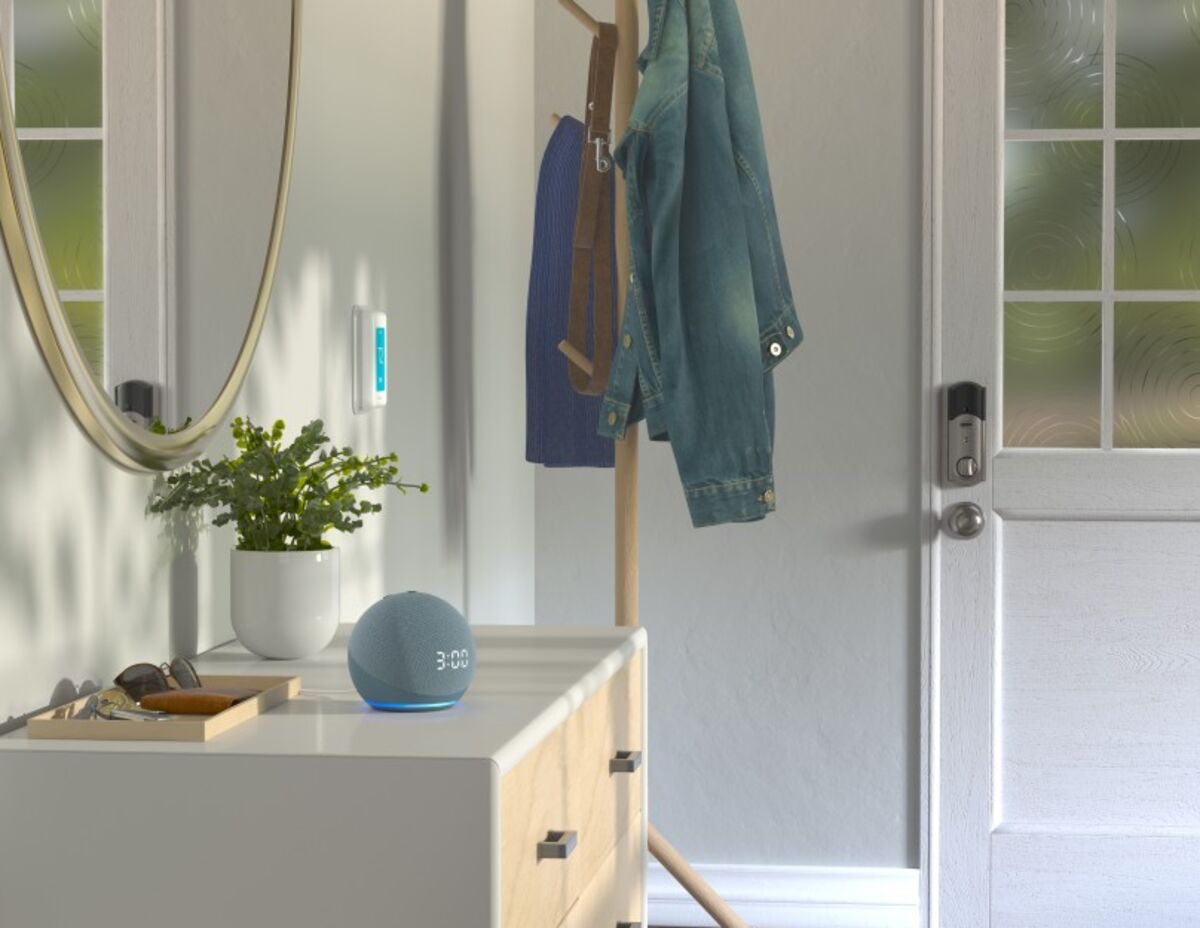 Hey y’all, it’s Austin. Last week, in typical Amazon.com Inc. fashion, the Everything Store unveiled a new Everything Product for each category of buzzy gadget on the market today. At a news conference Thursday, the company showed off new smart speakers, streaming TV devices, Wi-Fi routers, a video game system, a car alarm and even a new drone security camera.

Amazon, in its relentless quest to own the home of the future, traditionally takes a spaghetti-at-the-wall approach to hardware development. Compared with rivals such as Apple Inc. or even Microsoft Corp., which generally limit their offerings to a refined set of electronics, Amazon’s ever-eclectic product line is refreshingly fun, surprising and, well, increasingly confusing. They don’t do “one more thing,” in Jobsian speak, but usually “a dozen more things.” And at this rate, people are likely to lose track of which Amazon products are actually Amazon’s.

Tech companies are forever fighting to attract more customers to their ecosystems of products. The premise is that the more people adopt one proprietary platform, the more they’ll be inclined to buy into that company’s family of products and services. That is, the Apple loyalist would own not just an iPhone and iPad but also spend money on iTunes and iCloud. You get the idea.

Making matters more complicated, these devices are usually linked to one of Amazon’s services, namely its Prime subscription program or Alexa virtual assistant. So, as my own collection of Amazon devices has grown over the years, it has made me wonder: Am I an Amazon customer? A Prime subscriber? An Echo owner? An Alexa user? I’m not quite sure.

This is as much a branding issue as it is, ironically for such a pioneer of retail, a shopping problem. It can be hard to decide which Amazon product to buy these days because there are so many permutations of them. It can also at times be difficult to identify which products are part of the Amazon family because some of them—like Eero and Ring, the developers of, respectively, internet routers and video doorbells—don’t rely on Amazon’s traditional branding or hardware aesthetics.

Amazon has started to simplify some of its product handles. In August, for example, the company renamed Twitch Prime, the premium version of its streaming esports platform, as Prime Gaming. This month, Amazon rebranded its child-friendly FreeTime service to Amazon Kids.

But there’s a lot more work to do. Two days before Amazon’s event last week, the world was perplexed by the launch of a $500 “Prime Bike,” which was instantly seen as Amazon’s Peloton competitor. After all, Amazon has made all types of quirky stuff, from voice-controlled microwaves to buttons for laundry detergent. Why wouldn’t they make an exercise bicycle?

Amazon later clarified that the stationary bike is built by a separate company and that it’s “not an Amazon product or related to Amazon Prime.” They certainly fooled me. —Austin Carr

If you read one thing

TikTok got a stay of execution from a federal judge who temporarily blocked President Donald Trump’s ban on the app on Sunday. The ban had been slated to take effect at midnight.

As scrutiny ramps up over app store fees, Google and Apple continue to modify the rules for their 30% developer cuts.

A takedown of Russia-linked accounts on Facebook has helped expose similar disinformation campaigns across social media platforms such as Twitter, Medium, Pinterest and Tumblr, according an analysis by Graphika.

Hims, the Silicon Valley telemedicine company known for selling erectile dysfunction and hair loss treatments online, is said to be near a merger with blank-check firm Oaktree Acquisition in a deal that would value the wellness brand at $1.6 billion.

EBay’s cyber-stalking scandal gets the long-form treatment from the New York Times.