Home / New York and New Jersey join a growing list of states with contact-tracing apps residents can use. 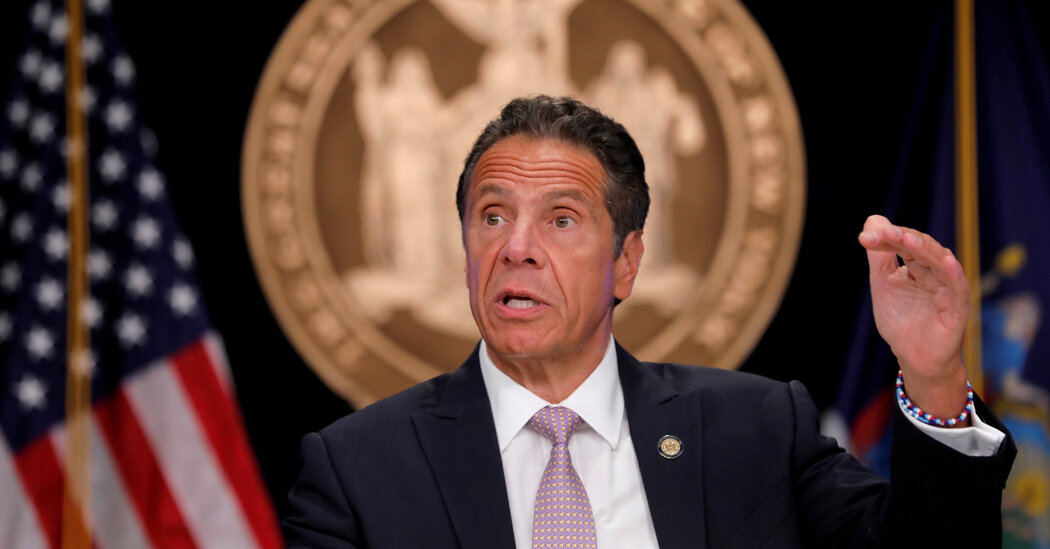 Gov. Andrew M. Cuomo of New York said on Thursday that the technology would work with the apps of other states near New York, including New Jersey, Pennsylvania and Delaware. He said Connecticut would soon add the technology, too.

“So even if you’re traveling in the metropolitan area, it will tell you if you’ve been in contact with a person,” he said. The technology will “give people comfort.”

Apple, Google and the states have said that the technology does not collect people’s personal health details or track their locations. The technology uses Bluetooth signals to enable iPhones and Android devices to create an anonymous log of other nearby phones.

If someone using the technology tests positive for the virus, that person can enter the positive result into the system using a unique authentication code. An automatic notification would then go to other phones that had opted in and had been in close contact.