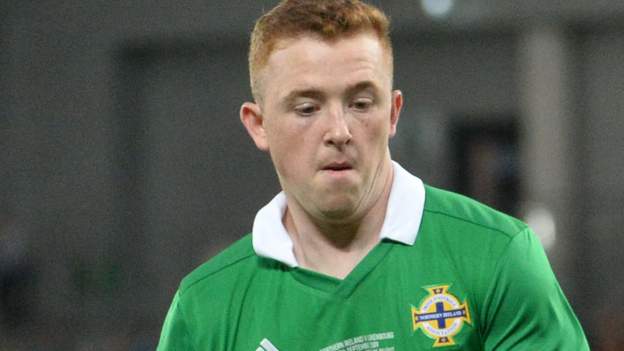 Portadown striker Lee Bonis and Cliftonville and Linfield defenders Aaron Donnelly and Ross Larkin are retained in their squad after having their first involvement with the under-21s last month.