Home / Once hidden from the Nazis, the world’s oldest surviving computer may now get back to work 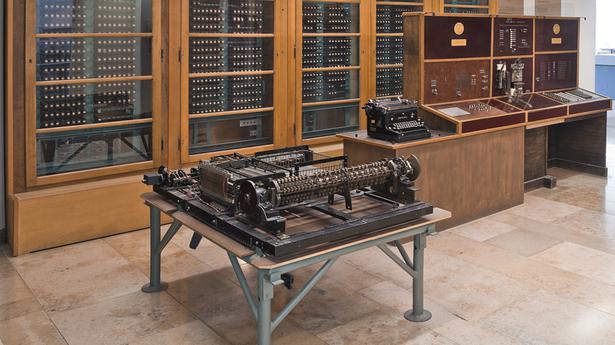 The operating manual of the world’s oldest digital computer has been unearthed in a pile of documents in Zurich, according to a blog post from the Association of Computing Machinery written by retired ETH Zurich lecturer Herbert Bruderer.

According to Bruderer, Zuse Z4 is considered the oldest preserved computer in the world. Built in 1945, the room-sized machine runs on magnetic tapes and needs several people to operate it.

Currently, it is housed at the Deutsches Museum in Munich, but hasn’t been used in quite some time. Researchers and historians have had little knowledge of the device since the manual was lost long ago.

Evelyn Boesch, an archivist at ETH Zurich University discovered the manual among her father’s documents in March, Bruderer said.

Evelyn’s father, René Boesch was a researcher who worked under Manfred Rauscher at the Institute for Aircraft Statics and Aircraft Construction at ETH Zurich.

Boesch’s first employment was with the Swiss Aeronautical Engineering Association, which was based at the university’s Institute for Aircraft Statics and Aircraft Construction. The Z4 was kept there in the early 1950s.

Among Boesch’s documents were notes on the math problems the Z4 solved that were linked to the development of the P-16 jet fighter.

“The research revealed that the documents included a user manual for the Z4 and notes on flutter calculations,” Bruderer said.

“According to the Historical Lexicon of Switzerland, Rauscher, who was professor of Aircraft Statics and Construction at ETH Zurich from 1950 to 1974, was a consultant on the P-16 fighter aircraft.”

According to Boesch’s notes, around 100 jobs were carried out with the Z4 between 1950 and 1955. These included calculations on trajectory of rockets, aircraft wings, flutter vibrations and nosedive.

At that time, Z4 was touted as a powerful machine that can run addition and subtraction in half a second, multiplication in 3 seconds, and division and square roots in six seconds. The computer averaged around 1000 mathematical operations in an hour.

The computer has a backstory to itself.

Z4 was the last computer that the Nazis invented. German civil engineer Konrad Zuse, inventor of the Z4 and the likely author of the manual, completed work on Z4 in Göttingen. Nazis then wanted Zuse to move his Z4 to Mittelbau Dora, where V1 and V2 rockets were being built.

Zuse refused to accept the order and fled to a small German town, Bad Hindelang where he hid the computer in a barn. He waited out the war by selling woodcuts to local farmers and American troops. After the World War 2, Z4 became his flagship machine and Zuse was regarded as the father of modern commercial computers.

The Z4 was later taken to the Institute of Applied Mathematics at the Swiss Federal Institute of Technology (ETH) in Zurich where it did calculations for Swiss aviation engineers. It was there, that researchers fumbled upon the Z4’s manual among the historical documents related to the planes.