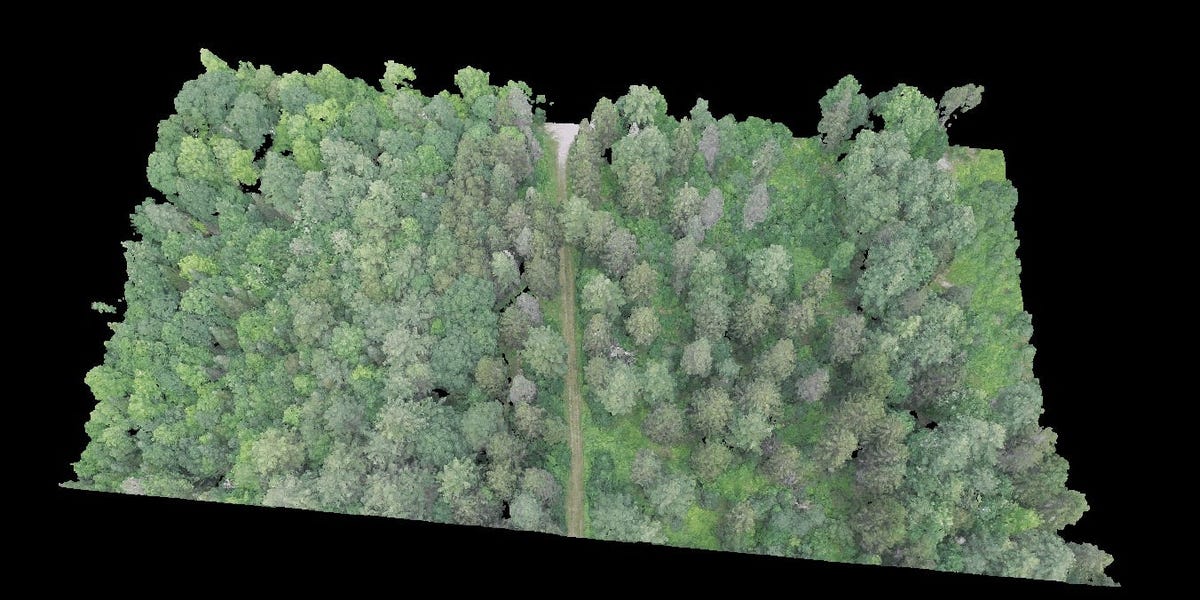 In late August, a forest fire, set by lightning and emboldened by climate change, whipped across the Santa Cruz Mountains in California, ultimately burning more than 85,000 acres.

Diego Saez Gil’s home was among its victims.

Ironically, it was in that home that Saez Gil dreamt up the idea for his startup, Pachama. Founded in 2018, the company aims to fight climate change — which makes wildfires more common and severe — by protecting forests.

“It is meaningful that now my house is taken by the consequences of climate change, and that those forests will need restoring soon,” Saez Gil, the company’s cofounder, wrote on Medium the day after his home was destroyed. “You can’t make our mission more personal to me now.”

Saez Gil’s startup is a tech company, but it’s not your typical Silicon Valley startup.

Pachama sells carbon credits, which represent the carbon dioxide that trees remove from the air. Forests that are protected or restored can generate credits, and companies can buy them to offset their own emissions.

The idea is that, in doing so, businesses can help curb deforestation while reducing their overall climate footprint.

Though Pachama is just a few years old, it’s won backing from major investors including Bill Gates’ Breakthrough Energy Ventures, Amazon, and tennis superstar Serena Williams. They all participated in a $5-million investment round, announced in September, that brought the startup’s total funding to $9.5 million.

While poorly understood and relatively small today, the market for carbon offsets is growing quickly. Worth $600 million in 2019, the market is set to reach about $200 billion by 2050, according to analysts at the German investment bank Berenberg cited by S&P Global Platts.

That coincides with the deadline set by dozens of corporations to reduce their emissions to net-zero — meaning they’ll emit no more carbon dioxide than they sequester. To get there, many of them will have to buy carbon credits.

Saez Gil wants to make purchasing them as easy as booking an Airbnb, and he hopes to slow deforestation in the process.

Scientists who spoke to Business Insider, however, say that preserving forests is a challenge that tech companies like Pachama are unlikely to solve.

The complicated business of trees

In a purely economic sense, it’s typically more valuable to cut forests down than to leave them intact. Trees can be harvested for timber, or cleared out to make room for farms that produce cash crops.

The idea behind forest carbon credits is to give trees financial value without cutting them down. And there are a few different ways to generate them: by preventing deforestation, reforesting land, or improving the management of forests so they store more carbon. Simply put, the more carbon-sucking power a forest has, the more credits it generates.

But the only reason they have value is that there are markets where carbon credits are bought and sold.

Pachama, is essentially a broker in the voluntary market, offering two primary services. It sells or facilitates the sale of forest carbon credits from forests in North and South America, and also verifies that those credits are legitimate.

While the credits the company sells are already verified by third parties (which measure the amount of carbon in a given chunk of forest), Pachama uses satellite imagery and other data, coupled with AI, to verify the offsets and ensure the forests remain intact over the long term. Essentially, the company offers an added guarantee.

“Not only we are facilitating the connection between the buyer and seller, but we are also doing the external validation and monitoring of the project so that the buyer can purchase with confidence,” Saez Gil told Business Insider. “While initial certification is very important, today the market is demanding additional trust, transparency, and accountability.”

Though still young, the market for forest carbon credits is growing in step with the surge of net-zero pledges.

“It’s one of the largest forms of conservation finance going right now,” said Lauren Gifford, a geographer at the Metropolitan State University of Denver who wrote her dissertation on forest carbon offsets.

And that’s created a huge opportunity for Pachama — and for its investors.

For Amazon, backing Pachama is not just about return on capital. One of the nation’s largest shipping companies, Amazon has committed to reaching net-zero emissions by 2040, and it will need help to get there.

The startup has also partnered with Microsoft, which has pledged to be carbon negative by 2030, meaning it will suck out more CO2 from the atmosphere than it emits.

Tech and forest conservation have had a relationship for years. For almost a decade, for example, researchers have used tools like machine learning to monitor deforestation.

What’s new is the power that tech startups and their funders wield, even thousands of miles away in the Amazon.

In theory, forest-based carbon offsets are a clear win-win: They help companies meet their climate goals while curbing deforestation.

In practice, however, it’s a lot more complicated, according to three scientists who Business Insider spoke to, including Gifford.

Gifford challenges the idea that these offset schemes are, on the whole, lowering emissions and doing much to curb deforestation.

There are two main problems with forest-based offsets, according to Tim Searchinger, a researcher at Princeton University and a fellow at the environmental research organization World Resources Institute (WRI).

The first is leakage, or the idea that if you protect one patch of forest through offsets, people will just cut down trees elsewhere. The second is the concept of additionality: it’s incredibly difficult to prove that offsets are doing something beyond what would happen anyway. Actions to prevent deforestation in a given area can produce carbon credits, for example, but it’s hard to know for sure whether there would, in fact, be deforestation if the credits didn’t exist.

“I don’t have any faith in carbon offsets,” Searchinger said. “At this point, I don’t think that we have any real proof that they work.”

In response to questions about leakage and additionality, Saez Gil said that Pachama looks for correlations between forest cover in the region generating offsets and deforestation in the surrounding areas. His company can search through archival satellite imagery dating back to 1984 to help prove additionality, he added.

“Having transparency about this is very important,” he said.

At the end of the day, Gifford says, you can argue for or against carbon offsets all you want, but the harsh reality stands: “We’re still rapidly losing the Amazon.”

Given these challenges, offsets shouldn’t be the only tool companies use to meet their commitments to reduce their carbon footprints, said Frances Seymour, a researcher at WRI who’s spent years studying how forests can mitigate climate change.

“You need to show us evidence that this is a ‘both-and’,” she said, “that you are driving down your own emissions at the same time that you are financing forest carbon-reductions.”

The credits that Pachama and other companies sell aren’t the whole solution, she concedes, echoing concerns raised by Gifford and Searchinger. But that doesn’t mean they don’t work.

“To the extent that anybody piling into this space helps to raise awareness — on the part of companies or the general consumer public — and helps to provide tools like better satellite imagery or techniques for cost-effectively measuring carbon change, all those things are welcome,” she said.