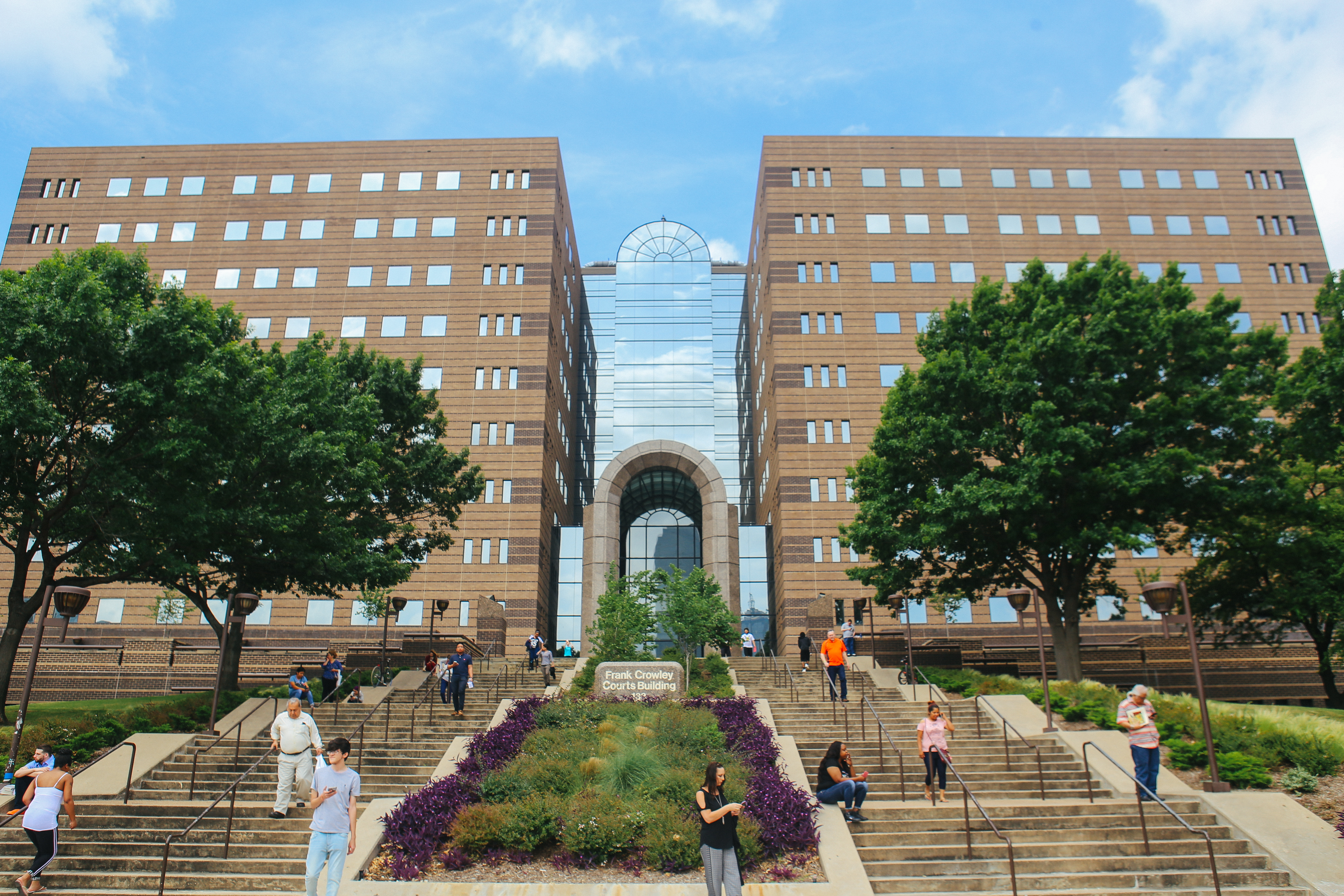 There is always something interesting at these symposiums, showing the machinations that power our criminal justice system. Like in 2017, when a panel between Chief U. Reneé Hall, then-DA Faith Johnson, then-Sheriff Lupe Valdez, and Public Defender Lynn Pride Richardson got a little testy when Richardson noted the more than 4-to-1 discrepancy between investigators in the district attorney’s office to investigators in the public defender’s office . That year, public defenders took on 45,000 cases with only 116 attorneys and 17 investigators compared to the 81 investigators that worked along with the county’s prosecutors.

It has also been a chance to hear policymakers have frank discussions about bail reform, the shuttering of jails, and ways to help people who have served their time and are eager to get back into the community. This year’s edition takes place tomorrow, September 29, and you already know where this is going. The coronavirus spiked the possibility of meeting in person, so the event will be held online from 9 a.m. to 12:30 p.m. This year, it’s free for you to watch from wherever you are.

I’m curious about tomorrow’s legislative panel. WFAA’s Jason Whitely will moderate a chat between Bryan Collier, the executive director of the Texas Department of Criminal Justice; state Sen. Bryan Hughes, R-Quitman, who sits on the Texas Senate Committee on Criminal Justice; and state Reps. Carl Sherman, D-DeSoto, and James White, R-Hillister, both of whom serve on the Texas House Committee on Corrections.

Gov. Greg Abbott has spoken broadly about his desires for police reform in the next legislative session, but has mostly highlighted legislative proposals that would add protections for police officers during protests. Sherman has spoken on behalf of the Texas Legislative Black Caucus in response to the governor’s recent declarations. In June, he said he felt Black members of the statehouse were “absolutely being excluded” from reform conversations. The panel should be interesting.

The symposium will close with a documentary about women prisoners at the Lew Sterrett Justice Center. In Her Shoes was profiled last week in the Dallas Morning News.

“There are too many roadblocks to a successful reentry,” Christina Melton Crain, the founder, president and CEO of Unlocking DOORS, told the paper. “If we can’t assist in the transition for these men and women, there’s a good chance they will return to criminal life because it’s the only way they can survive. That’s what this half-day conference is about.”

Head here for more information about the symposium.