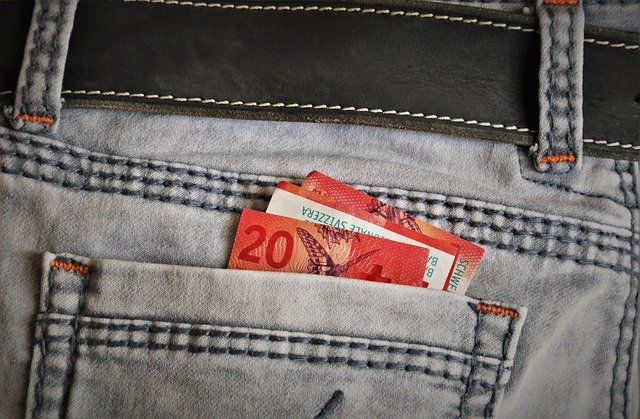 I think the biggest question that I constantly get, and it’s not directed towards the current company I work for, but more around the industry is when is the software industry going to change its pricing model?…I mean, subscription models are hard. And, constantly I get asked the question, when will this industry move to a pay as you consume model?  And it’s a valid question at the end of the day. Why should in this day and age, when you look at how things are built, if I use the hyperscaler, I get billed for what I consume, and it’s pretty darn accurate down to the second, usually? But if I use an SFA app, I’m getting charged a subscription. And depending on which company it is, it could be anywhere from $150 to $800 a month. And the question really is a valid one. When will the industry change?

Why can’t I just pay for what I use at the end of the day? I think in the pandemic, this is even more critical because companies do struggle. Subscriptions are killing because customers can’t afford to keep paying the subscriptions, especially when their business is faltering. Why does the industry make me pay from the time I sign the contract? Why is it not that I’m paying from the time I go live? These are valid questions that I think the software industry really has to do some soul searching on.

Stutz’s statement was reinforced by Alysa Taylor, CVP Business Applications and Global Industry, Microsoft who cited a customer endeavoring to link geographies asking the same question. Stutz continued, arguing that while the subscription model was supposed to be the alternative to the perpetual license and maintenance cost issue where, in essence, customers are paying for the product over and over, it is really just a pricing tweak. Maintenance and support didn’t go away, they simply became add-ons dressed up in terms like ‘premium support.’

Not everyone agrees and in the conversation, mention was made of how difficult it has been to work out consumption models that work for everyone’s benefit. I get that. A case I was involved in based on a simple multiplying of the per-user monthly subscription cost became prohibitively expensive and unworkable. In that case, it was almost impossible to work out an equitable arrangement and the pricing matrix quickly became little better than pulling figures out of the air.

Then you have the issue of value based pricing. Here things get a lot more tricky because on the one hand customers like the theory of shared value but are less willing to share once significant value is created.

As the conversation unfolded, I commented that the problem is one of business models that are beholden to Wall Street, which frequently rewards growth without consideration of other fsctors. For example, I recall a recent analyst presentation by Luka Mucic, CFO SAP where he kicked off talking extensively about sustainability. It was a point that was completely ignored as analysts dove into asking detailed questions about growth, geographies and the like. Yet we are seeing companies incresingly asking about sustainable business practices and models. The bottom line – where do customers and their needs fit into this equation? It was a point Stutz was willing to acknowledge:

Wall Street drives tech to do things that really shouldn’t be done. Like when a customer’s struggling and at the end of the quarter and strongarming them to buy more when they really don’t need it because someone needs to make a number for the quarter.

Expanding on that, Stutz reflected on the sentiments included in the Business Roundtable of 2019 but with a tech industry focus:

I agree with a lot of things that Marc Benioff (CEO Salesforce) says…We really need to redefine what capitalism is. And, and I think tech, in particular, needs to drive that movement, because tech has been the one industry that has flourished more than probably any other industry in. Tech has made more millionaires than any other industry, there is and and I think it behoves tech companies to really work together to figure out how to change the system and how to do the right things for customers.

Where does this get us as an industry? So far, vendors have been doing their utmost to hold the line on prices while simultaneously talking about relief from a cashflow point of view. That’s all well and good if you believe the economic downturn is a temporary issue. But truth be known, nobody knows. There are plenty of forecasts suggesting that while governments’ aid has been a godsend, the wider economy is in much deeper trouble than is currently evident. I don’t for example hear anyone arguing against a coming cash crunch. That’s bound to mean a degree of permanent shrinkage as customers go out of business or are taken out in fire sales.

It is therefore interesting to see that DSAG is reporting that:

A sharp fall in revenue and shrinking IT budgets are acute consequences of the coronavirus crisis for companies. This was one of the findings of a survey conducted by the German-speaking SAP User Group (DSAG) among its members in Germany, Austria, and Switzerland. Despite this, 81 percent of survey participants said digitalization was unstoppable – even if the requirements around it are changing. The areas in urgent need of action are efficiency increases in existing processes, as well as the development of new, digital business models and services. When it comes to the digitalization of core processes, trust in SAP has grown significantly.

Despite reporting that 74% of respondents reported a decline or severe decline in business turnover, coupled with an expectation that IT budgets will fall more than 20% from 22% of respondents, the report doesn’t once mention the issue of pricing. We suspect this is because projjects focusing on digitization are being prioritizied, as is evident from the DSAG report with 50% of respondents saying that S/4 HANA projects are being accelerated and only 11% postponed ‘in principle.’ Elsewhere, we note that Oracle projects currently in flight are being completed at faster pace than anticipated. In a conversation with Justin Brading, itelligence SVP and UK MD, he noted that despite initial reservations, he hopes the company will meet its UK targets for 2020.

In short, the financial incentives necessary to consider price are not yet fully evident but it must surely come.

But the questions remain.

My best guess is that the model followed by the hyperscalers will force vendors into thinking about price in a different way. My collegue Jon Reed sees it a bit differently. He takes the view that the market needs the emergence of a global player who does things differently. That’s hard to see except in the highly fragmented mid-market. In conversations, Reed cites Zoho and Acumatica but even there I’m inclined to push back. Zoho’s ‘all you can eat’ model is certainly attractive where there are relatively small numbers of user but you’d be hard pressed to make it work on an industry specific basis.

For myself, I’d like to see the enterprise software industry take the commodity approach, perhaps tracing the history of the power supply business in the early 20th century as a clue to how this might work. I have for instance long argued that enterprise vendors cannont hope to see real proliforation of their solutions when they insist on champagne pricing while many potential users only need access to small pieces of functionality. To my knowledge, no vendor has really thought purposefully about how this would work and yet I see huge upside for everyone in models based on this premise.

Regardless, Stutz us brave ot have ripped off this particular Band-Aid and it will be interesting to see how this works out going forward.