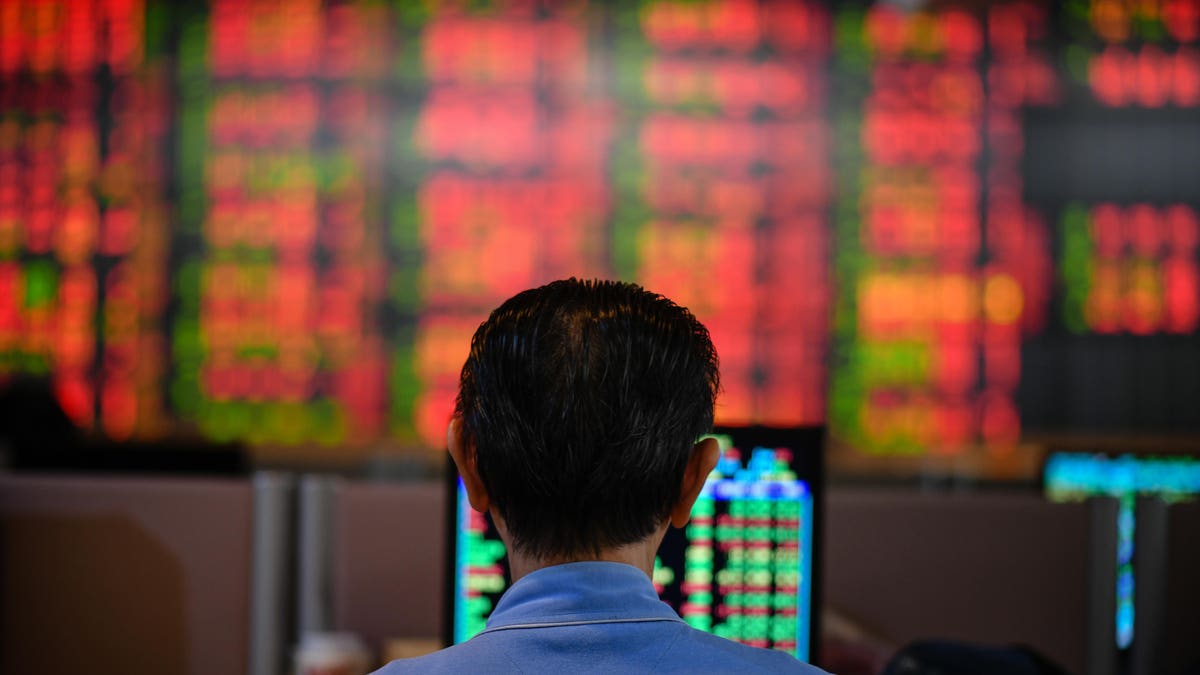 
If you are reading this, you are probably wondering what the heck is going on with stocks.

As I’ll show, there are four out-of-sight forces driving the stock sell-off. And all you need to know is summed up in these five simple charts.

Tech stocks are dragging down the stock market

Let’s begin with tech, the culprit of the stock market pullback.

As Covid holed up the world, investors rushed to lockdown-immune tech stocks for shelter. This haste created a historic boom that nearly doubled the entire tech sector in just five months:


But the tech boom didn’t just buoy up tech companies. It lifted the entire stock market.


That’s the highest tech share ever. Even in the dot-com bubble, tech stocks didn’t rule the S&P 500 as much as they do right now.

In other words, tech has grown into a behemoth driving America’s most popular stock benchmark—and the trillions of dollars in retirement funds tied to it.

But as I wrote in Meanwhile in Markets just before the sell-off, a pullback was a near lock. And when tech stocks take a breather, they’ll drag down the entire market. Which is exactly what is happening right now.

Buybacks were the main fuel for stocks, but Covid slowed them to a trickle

Here’s a pop quiz for you. Who are the largest investors on earth?

The correct answer is d) the companies themselves. A lot of investors don’t know this, but companies buy vast amounts of their own shares. This action is called a buyback, and it had been one of the biggest stock movers before Covid.

As I recently wrote:

Institutional investors—the heavyweights of the stock market—have been largely selling American stocks for the past four years. Private and foreign investors had their whistles whetted here and there, but they didn’t buy that much.

Meanwhile, the biggest buyers of American stocks have been the companies themselves. In the past four years, they bought two trillion dollars’ worth of their own shares net— 4X more than all the other investors combined.

However, last quarter buybacks have fallen off the cliff:


That’s because 1) companies have less free cash on hand, and 2) those that received loans from Uncle Sam during Covid were barred from doing buybacks.

Stimulus is running out with no extra aid in sight

This past May, the U.S. passed a record $2.2 trillion bill to keep the economy afloat during Covid. The aid helped keep up (and even grow) the income of tens of millions of Americans who’d lost their jobs.

According to NBER, two-thirds of laid-off workers are bringing home more money than they did on the job. Some nearly twice as much. Here’s a chart that shows how Cares Act topped up the pockets of out-of-work Americans by profession:

If no extra aid is passed soon, Americans will have to tighten their belts to the last notch. A NBER study estimated that taking away the $600 unemployment add-on alone could slash local spending almost in half.

And yet, policymakers can’t settle on another round of stimulus for months now. Politics experts believe they might not come to a decision until at least after the election. And that’s worrying Wall Street.

It’s not that we won’t get a Covid vaccine. It’s that it may not solve the problem

Turns out, people won’t rush to shoot up. A recent Axios poll found that more than 65% of Americans aren’t willing to get Covid shots. And the ranks of Covid “anti-vaxxers” are growing by the day, as you can see:


On top of that, a Covid vaccine might not be as effective as expected. The US Food and Drug Administration said: “a Covid-19 vaccine would prevent disease or decrease its severity in at least 50% of people who are vaccinated.”

Even in a fairytale scenario where everyone gets a shot, half of America will still be at risk of contracting the virus. That means social distancing measures will stay in place for longer than we might think.

All this is shredding the fantasy of a miracle cure that will instantly put things back to normal. Which is not going to happen. In the meantime, “the curve” keeps edging higher and higher.

Stay ahead with “big picture” insights you won’t find elsewhere

Every week, I put out a story that explains what’s driving the markets. Subscribe here to get my analysis and stock picks in your inbox.

This is not investment advice.