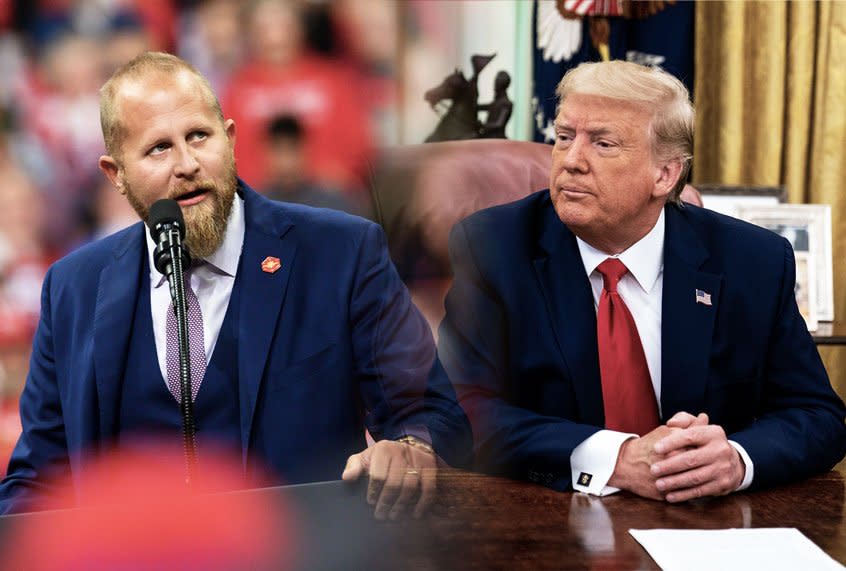 In the wake of reports surrounding the police arrest and apparent suicide attempt of former Trump campaign manager Brad Parscale, the Trump campaign is quietly disappearing Parscale from its website, the Daily Beast reports.

“Since Tuesday, the campaign has removed a video of Parscale from the homepage of its ‘Army for Trump’ election monitoring operation,” the Beast’s Lachlan Markay writes. “It also deleted a page on the main campaign website featuring a video of Parscale and Lara Trump, the president’s daughter-in-law and senior campaign adviser. The video of their discussion, billed as a Q&A on the state of the campaign, has also been removed from YouTube. Those deletions were first flagged on Twitter by the writer Jeryl Bier.”

Parscale was campaign manager for Trump until he was replaced by former White House political director Bill Stepien in July. Police