Steer Clear From This Blue-Chip Stock in October 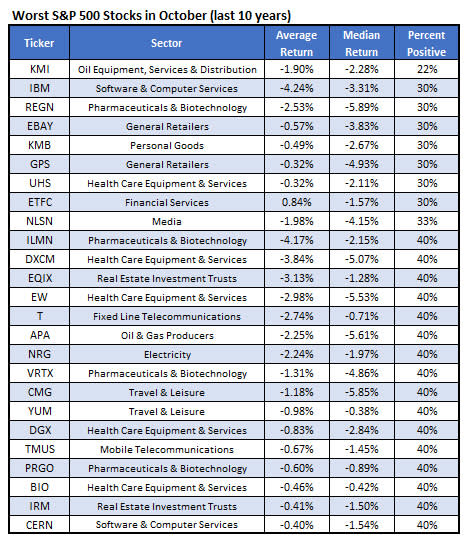 It’s been an uninspiring year for blue chip IBM Corp (NYSE:IBM), and it could get worse. “Big Blue” is one of the worst stocks on the S&P 500 in October over the past 10 years. With the tech stock also trading near a potential layer of resistance and short-term options attractively priced, it might be a good time to buy puts on IBM.

According to data from Schaeffer’s Senior Quantitative Analyst Rocky White, IBM shares have averaged a monthly loss of 4.24% in the last decade, finishing October in positive territory just three times. That’s good for the worst on the 25-stock list and bears the ignominious distinction of being the only Dow name present.

There’s a great deal of technical resistance working against IBM as well. The shares have been stymied by the -10% year-to-date level recently, while their 200-day moving average has contained breakouts