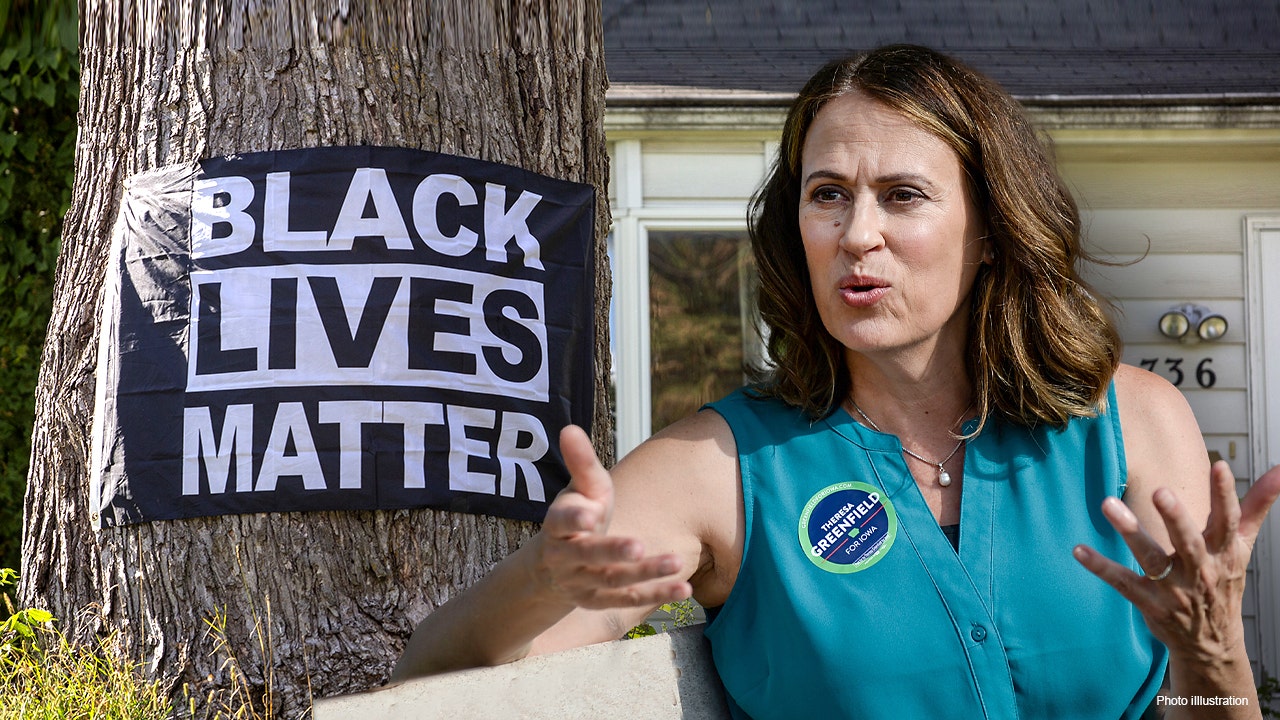 EXCLUSIVE: Theresa Greenfield, the Democrat challenging Iowa Sen. Joni Ernst for her Senate seat, has admitted to supporting the Black Lives Matter organization in a video obtained exclusively by Fox News, even though her campaign website made no mention of her thoughts toward the group.

Greenfield previously has backed the movement and activists peacefully protesting, but had kept relatively quiet about the organization, which has courted controversy in the past.

“Yeah,” Greenfield said in a video shot in Des Moines on Sept. 17 by media watchdog Accuracy in Media while shaking her head in the affirmative when asked if she supported the BLM organization.

“I don’t know if there’s any reason it doesn’t appear on the website,” she said when asked why the words “Black Lives Matter” did not appear on her campaign’s website. “Let me take a look at it, ’cause I talk about it all the time.”