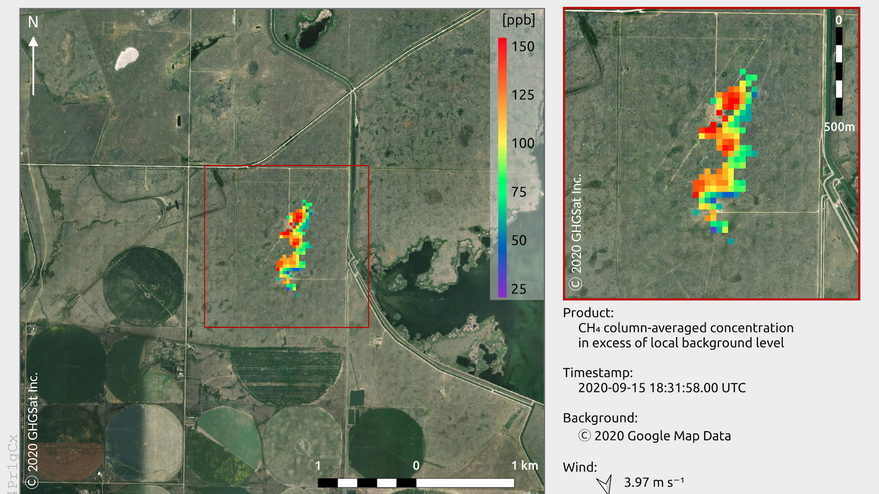 SAN FRANCISCO — GHGSat, the Canadian firm preparing to launch a constellation of methane-monitoring satellites, announced Oct. 8 that the sensor on its Iris satellite launched in early September detects methane emissions five times as well as Claire, its predecessor.

GHGSat tested the Iris sensor by flying the satellite over a controlled methane release in Alberta, Canada. The company compared the sensor data with measurements captured by sensors on the ground and in an aircraft, according to an Oct. 8 news release.

“Satellites are complex devices and it takes time to fully characterize instruments and optimize processing software to filter out noise from the signal,” GHGSat CEO Stephane Germain said in a statement. “We have just begun that process with Iris. We expect Iris to attain 10 times better performance than Claire and are now even more confident that we will validate that performance in the coming weeks.”