QAnon: What you need to know as this strange, pro-Trump conspiracy theory gains steam

QAnon, a conspiracy theory that started on anonymous message boards and holds that US President Donald Trump is fighting a battle against evil, has jumped from the online world to everyday life. Now the broad and baseless hoax is influencing politics, with dozens of congressional candidates professing belief in a cabal of Satanist Democrats, child-trafficking elite and a deep state determined to topple the president. Just to be absolutely clear: These are bogus claims.

The conspiracy theory appears to have started in 2017 when an online poster using the handle “Q” claimed ties to President Donald Trump. Other conspiracy theorists found and amplified Q’s posts, known as Q drops, expanding the audience for the cryptic messages. Three years on, QAnon continues to grow at a quick clip, and the FBI says it poses a threat to the nation. 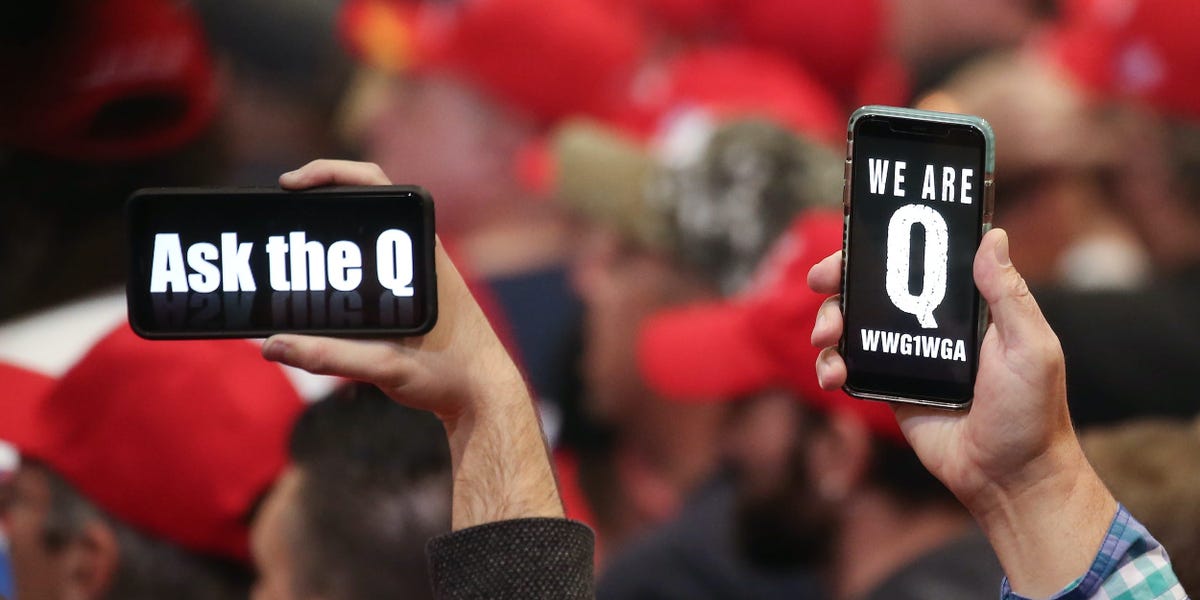 Citigroup has fired an employee who ran a popular website dedicated to the QAnon conspiracy theory, Bloomberg News first reported on Tuesday.

Jason Gelinas, a New Jersey man who worked at Citigroup as an information technology specialist, operated the website QMap.pub, which recently earned 10 million average monthly views, according to data from SimilarWeb, a digital analytics firm.

A spokesperson for Citigroup told