The Blessing and Curse of the Internet

Home / The Blessing and Curse of the Internet

The Blessing and Curse of the Internet 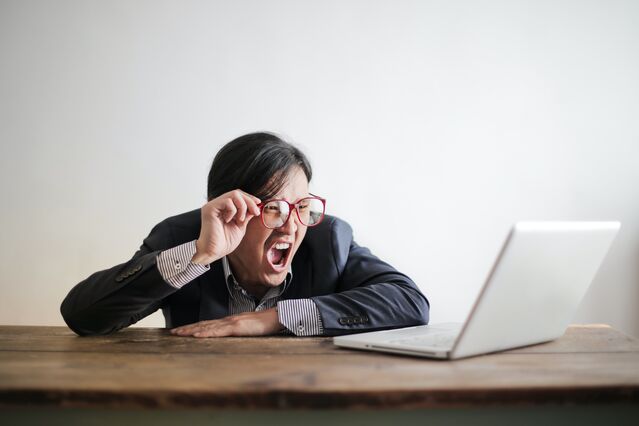 The great blessing of the Internet is that it gives everyone a voice.

Ordinary people had little opportunity to express their thoughts in public domains before the Internet. Newspapers had “letters to the editor” and talk shows had “call-ins,” but these were narrow, carefully managed gateways to public attention.

The curse of the Internet is that, because everyone has a voice, no one listens.

To be heard in the cacophonous sea of Internet voices, individuals must amplify their own. They’re apt to express exaggerated opinions, which, in their hearts, they don’t fully believe. Once  expressed, they’re stuck having to defend amplified opinions ever more loudly in future posts. The louder the voice grows, the more biased and insensitive to ambiguity it becomes.

Imagine that someone is whispering in a movie theater, and you whisper to them, “Please be quiet.” You’re communicating your goal to maintain a quiet environment, so you and everyone else can enjoy the movie.

Now imagine that everyone in the theater is whispering. You’ll need to talk louder to be heard –  yes, you’ll loudly ask for quiet. Your primary goal is no longer to enjoy the movie; it’s to control everyone else in the theater. That takes a lot of adrenaline, which will make it impossible to concentrate on the movie, even if everyone submits to your will and goes quiet. Of course, people are unlikely to submit to your will. Many will object to the loudness of your voice while everyone else is whispering.

Before the Internet, people expressed themselves to other people. Communications were tempered by social cues, facial expressions, eye-contact, body language, tone of voice. Conversing in person, we get a feel for one another, which modifies our thoughts.

Communicating in cyberspace, the brain guesses social cues. The guesses are always based on how we feel at the moment. When we feel good, we make benign guesses. When we feel bad, we make negative attributions about the imagined readers of our Internet posts, and react in kind to their imagined belligerence.

The Disproportionate Contagion of Negative Emotions

Emotions are more contagious than any known virus. The contagion of emotional display is how social animals coordinate behavior. It was the primary method used by early humans to negotiate behavior choices before the development of language. To this day, we seek emotional accord in disputes more than intellectual agreement. The unspoken motivation:

“If I can get you to feel what I feel, you’ll do what I think is best.”

If you doubt that, try agreeing intellectually with your spouse, without “feeling” it.

Negative emotions are considerably more contagious than positive. If you’re around a resentful or angry person, you’re likely to react with resentment or anger more readily than you’ll become cheerful around a happy person.

Due to their survival significance, negative emotions get priority processing in the brain. While it’s important to long-term health and well-being to appreciate the beauty of the meadow, it’s crucial to notice the snake in the grass.

We need a bit of adrenaline to express negative emotions. Adrenaline intensifies them and gives us a temporary feeling of confidence. It’s easier to feel confident when you’re angry than when you’re calm, even though you’re more likely to be wrong when angry. We’re more likely to be wrong because we have to justify the anger with cherry-picked evidence for our opinions, while discounting evidence that contradicts them.

The salience of negative emotions dominates memory as well. To recall a positive experience, it needs to have occurred in roughly a 5-to-1 ratio with negative experience. In a contentious debate between politicians, both candidates say positive things. Because the ratio is below 5-to-1, we’re unlikely to remember them.

In polls, people consistently report disdain for negative campaigning. Yet political campaigns grow ever more negative because focus groups tell campaign managers that they remember negative remarks about their opponent more than positive statements by their candidate.

There are a lot of positive things on the Internet. But in election years or when headlines are filled with disaster, war, disease, and injustice, we fall well below the 5-to-1 ratio that correlates with emotional well-being, making it seem (falsely) like most experience is negative.

The one thing you can be certain of when you express anger is that you’ll make others angry. If you blame someone for something, you’re certain to be blamed by that person for something else.

So negative posts get validation only from other negative posts, which is the beginning of extreme groups on both sides of an issue. Negative reactivity makes them focus on what they’re against and what they don’t want, rather than what they’re for and what they do want. Being for something generates passion, with fantasies of building and improving, for example, justice and equality. Being against something foments anger and aggression, with fantasies of tearing things down. In other words, we’ll behave justly when we’re for justice, but unjustly when we’re against injustice. Hence the adage, “It’s easier to blow up a bridge than to build one.”

Negative posters on the Internet form the weakest of social bonds: common enemy. All that holds the group together is that they hate the same things. It’s not a bond that brings the rewards of basic humanity – compassion, kindness, trust, nurturance. In fact, it impairs their ability to form positive bonds, particularly intimate ones. Emotionally isolated, they grow paranoid.

Negativity on the Internet is never confined to the Internet. Once the alert-system is activated, it looks for threat everywhere. Breadcrumbs left on the counter by a spouse or children seem especially annoying. Distraction of a spouse seems like rejection. Disagreement seems like betrayal. Conflicts in marriage are exacerbated, if not caused, by screen time.

How Trolls Are Made

The science of pandemics identifies super-transmitters, those persons likely to infect the most people. Trolls are the super-transmitters of Internet negativity. They’re a lot like toddlers. When toddlers don’t get attention from busy parents, they start breaking things. For trolls, as for toddlers, negative attention is better than no attention.

Because no one cares about their opinions, trolls try to break through the attention barrier with sledge hammers of negativity, not realizing that their comments reflect their psychological defenses more than any objective “facts.” They personify the famous quotes of Oscar Wilde (“Criticism is the only reliable form of autobiography”) and Kahlil Gibran (“To belittle you have to be little.”).

When you approach a person (or the sea of voices on the Internet), with interest, respect, appreciation, or kindness, most of the time you get a positive response. When you approach with resentment, anger, entitlement, presumed intellectual, moral, or emotional superiority, you’re certain to get a negative response.

Think of behavior choices as you would medical decisions. The surgeon informs you that a certain procedure gives you a better-than-even chance of survival. You’re appalled by such a high chance of death. But when you object, the surgeon points out that if you don’t have the procedure, you will certainly die. That’s really the way it is with positive reciprocity versus the only alternative, death by negative reactivity.

Proactive focus on positive changes insulates us, to a large extent, from the blaring voices on the Internet. Reacting-in-kind drowns us in negative reactivity. We’ve arrived at the point where we either put out positive emotion or download negative. We project respect and compassion, or we become resentful, angry, anxious, or depressed. When we react to jerks like a jerk, we become the very thing we despise.

Now Is the Time to Prevent Regret

After a long career as a therapist and author, I see myself in the regret-prevention business. Most regret in the short-run concerns what we did, but in the long-run, we mostly regret what we didn’t do. I guarantee that on your death bed you won’t regret not being more negative on the Internet. You will regret not being more compassionate, kind, and respectful to the people you love, which you couldn’t do if you were mean-spirited in the wide, wide sea of Internet voices.