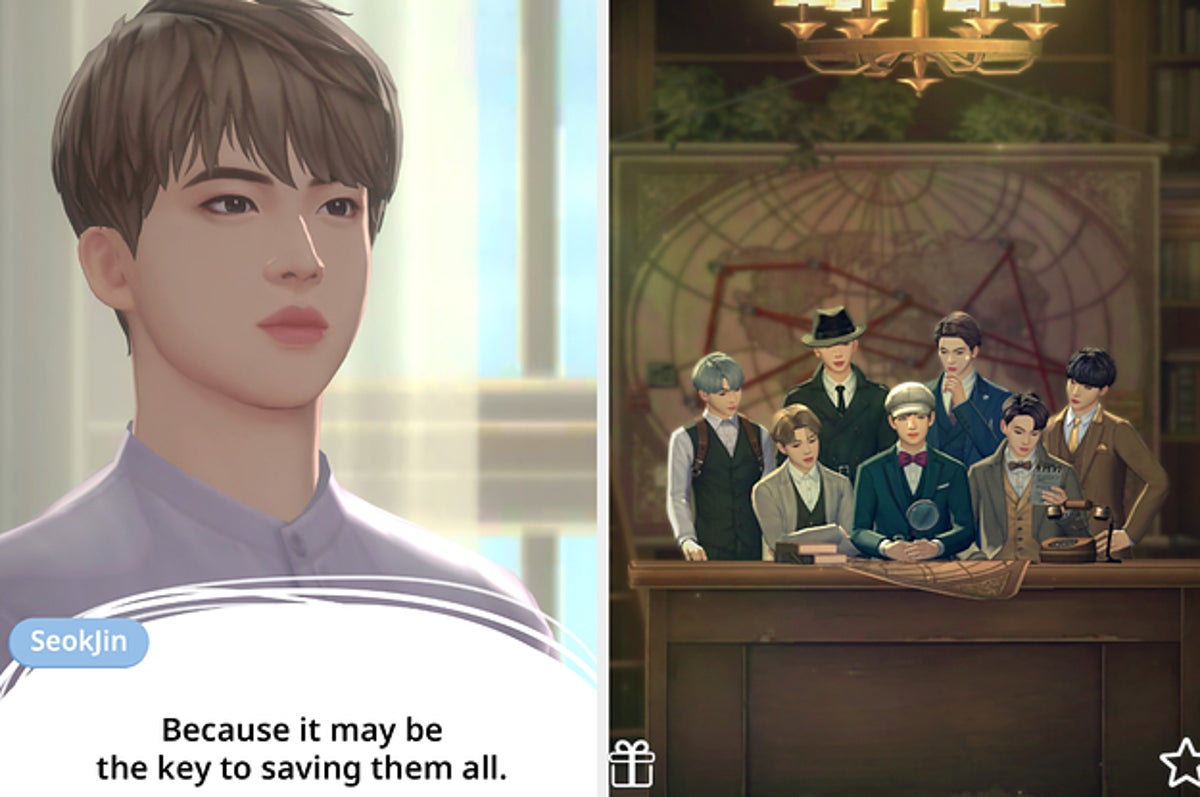 On Thursday, a second BTS game was released — this time called BTS Universe Story. The game is only available on Android and the Apple app store. It’s based on an ongoing storyline that has been told through music videos, books, performances, and songs since 2015.

Fans have been decoding and analyzing the hundreds of theories that have come out of the “universe” since then. Now, there is a game that will allow fans to immerse themselves in it.

It also comes with another function that allows players to create their own storylines using the BTS characters.

The app’s creators intended for fans to create their own versions of the universe’s story, but instead some fans have been re-creating memes and iconic moments from TV and the internet.

For example, the meteor/meatier meme got the game treatment and so did many others.

Within the game, you can not only dress members of BTS up, but you can also insert other characters to help with the plot of your story.

However, some fans noticed there were no Black characters available for free — you must purchase a “theme pack” within the game to access its one Black character. Many complained about it on social media.

After BuzzFeed News reached out to Netmarble on Friday for comment on this feature, the game was updated with several Black characters available for free.