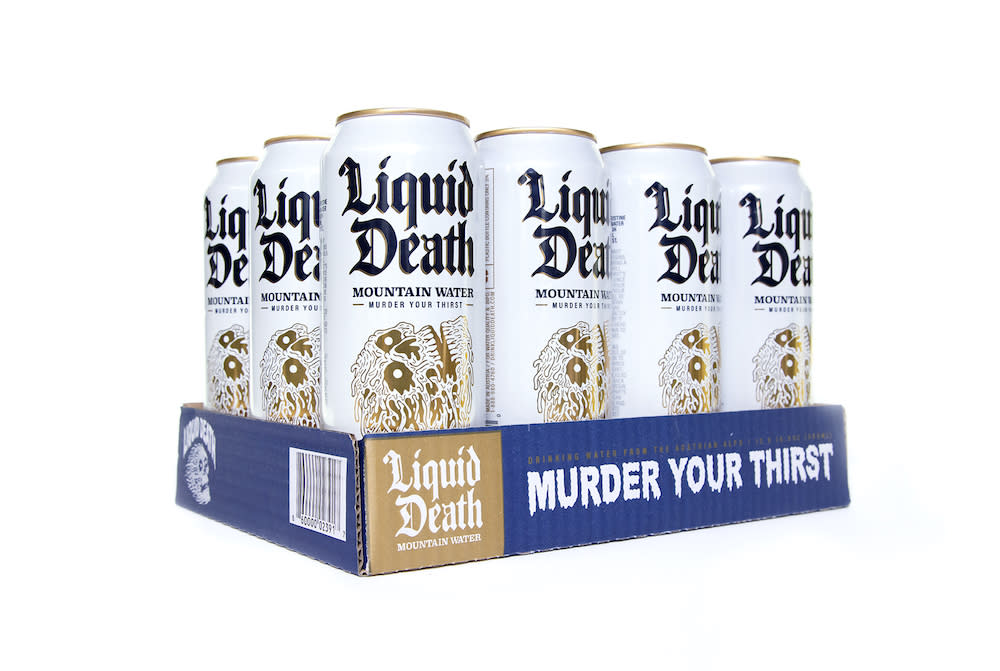 We talked with Liquid Death founder Mike Cessario, who was formerly a West Coast agency exec, not long after he launched the company to the public, and he argued at the time that canned water could give sugary energy drinks like Rockstar, Monster and Red Bull a run for their money if it was also named like a heavy metal act.

Indeed, our favorite part of the product has long been its promise to “murder your thirst.” (It’s water in an aluminum can, after all, so other differentiators are hard to come by.)

Clearly, plenty of other people are amused enough by the company’s inventive marketing that its products are selling, including at Whole Foods. It put the cans on its shelves back in February, around the same time that Velvet Sea led the company’s $9 million Series A round.

Liquid Death also sells at more than 1,000 7-Eleven stores in California, and it sells, as it always has, directly to customers, who can select either mountain water or sparkling water, and buy a T-shirt or hoodie from a growing merchandise store on their way out of its online store.