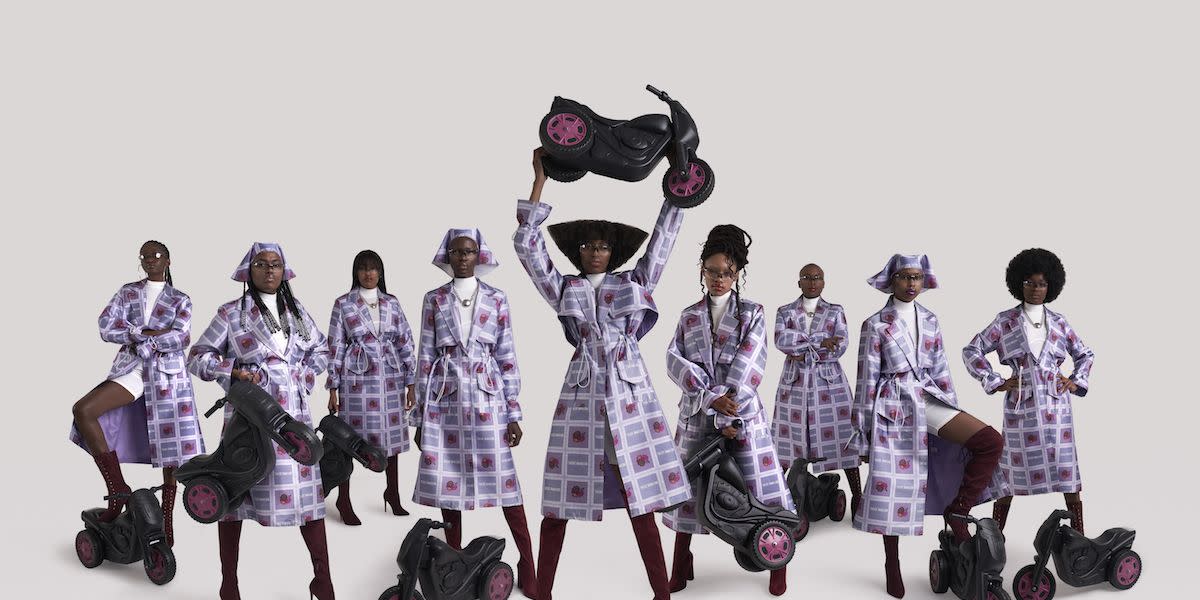 The theme of education has been central to his brand: Magugu’s collections are named after subjects studied in college, including Geology (spring 2017), Home Economics (fall 2018), Art History (spring 2019), and African Studies (fall 2019). And he continues this messaging by modeling his website after a course syllabus. He also made the landing page for his past collections resemble the spines of books, introduced a line of graphic tees dubbed Extracurricular, and named the editorial portion of his site—which is populated with stories about the traditions, culture, and racial dynamics of South Africa—Faculty Press.

The site also features Magugu’s fall 2020 campaign, titled Anthro 1 and shot by Travys Owen, featuring nine of his closest friends around items that highlight his upbringing. “I wanted to take four objects I fondly remember from my childhood and somehow reanimate them into a fashion context, like the pot the girls are all dancing around,” he said, adding that it is meant to reflect Mpho Ya Badimo (“Gift of the Gods”), an ancestral ritual his family celebrates every few years.

Indeed, Magugu’s new site serves as a portal for style lovers to experience South Africa at a moment when we can’t physically travel there. “I wanted to make an open invitation into my universe, making it more tangible and accessible,” he said.