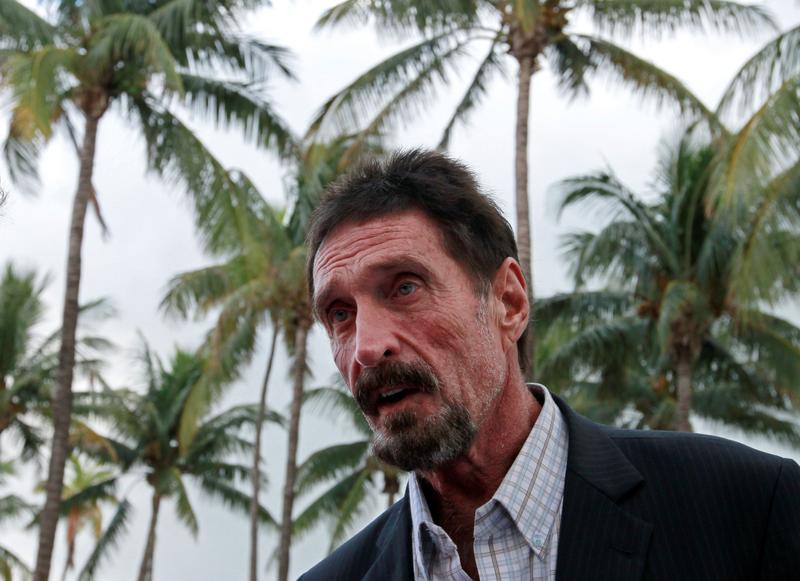 (Reuters) – Federal prosecutors unsealed an indictment on Monday against John David McAfee, creator of the eponymous anti-virus software, over charges that he evaded taxes and willfully failed to file tax returns.

The U.S. Justice Department announced the charges shortly after the Securities and Exchange Commission revealed it had brought civil charges against McAfee, alleging that he made over $23.1 million in undisclosed compensation from recommending seven cryptocurrency offerings on Twitter that were materially false and misleading.

The indictment, filed under seal in June, was unsealed following his arrest in Spain where the United States is seeking to extradite him.

He is alleged to have earned millions in income from promoting cryptocurrencies, as well as through consulting work, speaking engagements, and selling the rights to his life story for a documentary. Despite this income, the Justice Department said he failed to file any tax returns from 2014 to 2018.

The SEC has alleged that from at least November 2017 through February 2018, McAfee recommended cryptocurrencies he was paid to promote, while falsely denying such payments.

“McAfee leveraged his fame to make more than $23.1 million in undisclosed compensation” by recommending at least seven initial coin offerings or ICOs to his Twitter followers, the SEC said.

McAfee’s recommendations were “materially false and misleading,” in that he tried to sell “virtually worthless” cryptocurrency tokens by encouraging investors to buy the securities without disclosing his own holdings, the SEC alleged.

The SEC is seeking to impose on McAfee a civil penalty as well as disgorgement of ill-gotten gains, with interest. The agency also wants to ban him permanently from serving as an officer or director of any listed company or any company that files reports to the agency.

The SEC is also pursuing charges against Jimmy Gale Watson, Jr., a bodyguard to McAfee, on charges he aided and abetted the sale of the digital currencies, among other allegations.