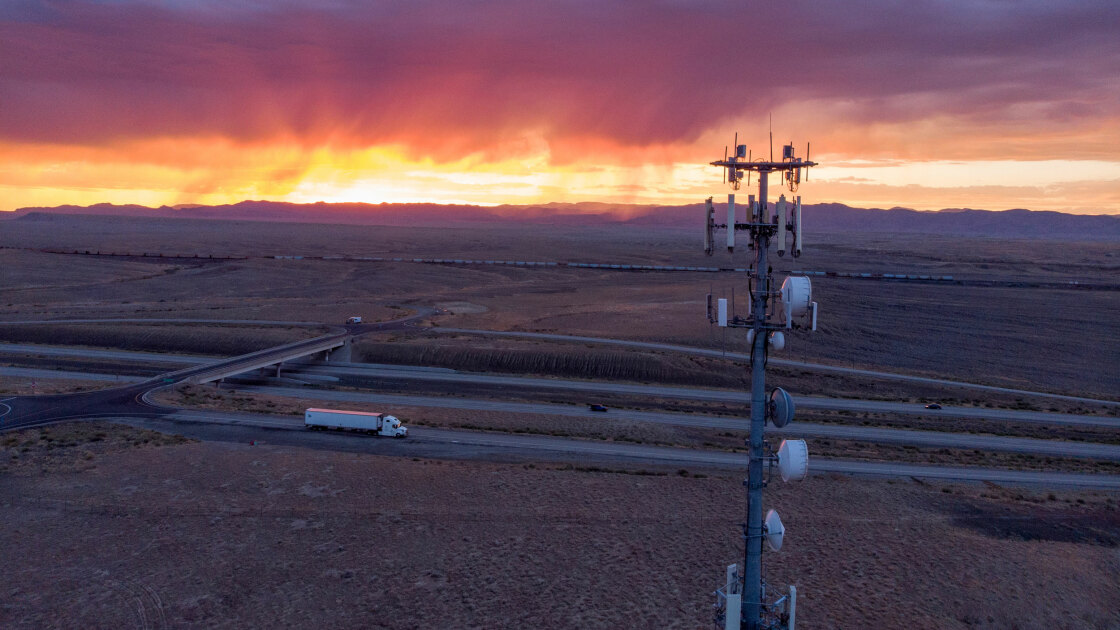 Rural home internet options in the US can be rough. If you’re not in reach of the local cable company, you’re relegated to slow DSL, or worse—cap-throttled satellite connections. While some small towns, like the ones in our 15 Small Towns with Gigabit Internet feature, have glorious connections, others struggle to get online.

Wireless phone companies have offered low-key solutions from time to time in unlimited home LTE plans. Most 4G LTE service plans, even “unlimited” ones, are capped in terms of how much you can use them as hotspots for home PCs and televisions. In some places, from time to time, each of the carriers have offered wireless internet solutions.

AT&T currently offers its rural “Fixed Wireless Internet” for $49.99/month with a 250GB monthly cap. It gives absolutely no clues as to where that’s available. BroadbandNow has a map, but doesn’t explain its sources for the data.

T-Mobile has a similar deal: $50/month home internet, but for even fewer people. According to Satellite Today, that offer is only available by invitation, or in three counties in Michigan. As part of its merger with Sprint, T-Mobile said it would cover millions of people with wireless home Internet—but not before 2024.

There are also several rather shady resellers that advertise unlimited LTE hotspots by evading the carriers’ usage limits by various means. They’re great as long as the carriers don’t crack down on them.

Last week Verizon launched its own option across the US, and its prospect is more compelling because it’s much more widely available. Verizon’s rural home LTE is truly unlimited, with speeds averaging 25Mbps, the carrier said. It costs $40/month for people with Verizon Wireless service, and $60/month for people without. You need to buy a $240 router.

What’s best, Verizon gave a list of ZIP codes where rural home LTE is available. Now, that list of ZIP codes is a little questionable. For instance: it included a lot of DPO and FPO ZIP codes, which are codes for diplomatic and military installations overseas. It’s safe to say Verizon’s system isn’t available there.

Unlike with Verizon’s 5G system, LTE home internet can be extended using cellular signal boosters even where the signal is weak, as long as the carrier is willing to sell you the service.

While Verizon says it doesn’t cover every address in each ZIP code, it’s absolutely worth mapping out Verizon’s ZIP codes and seeing where the system is available, at least in theory. (Unlike with our test of Verizon’s 5G Home coverage, we didn’t qualify specific addresses for this story, so we haven’t verified whether the system is really available in each of these locations.)

The results are spotty but still encouraging. The system is available if you’re in much of Ohio, Pennsylvania, or Florida, and almost none of Vermont, Oklahoma, or Nebraska. If you’re in one of the locations on our map, it’s worth checking coverage on Verizon’s LTE coverage finder. Here’s a full nationwide map and some zooms into different parts of the country.