Why are some teachers being told not to use it?

Home / Why are some teachers being told not to use it?

Why are some teachers being told not to use it? 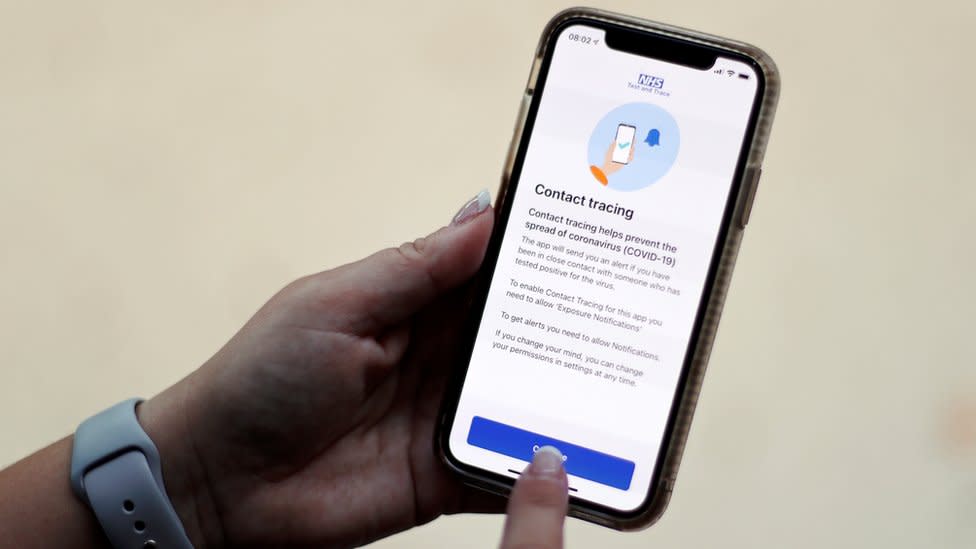 Two weeks in, the NHS Covid-19 app for England and Wales seems to have got off to a good start, with more than 16 million downloads so far – but a range of employers are actively discouraging their staff from using it.

Earlier this week, both the pharmaceuticals company GlaxoSmithKline and a Hull-based fuel supplier told staff the app should be switched off at work – both said it was unnecessary in their “Covid-secure” workplaces.

And now, there are numerous reports teachers are being told they should not use the app in school.

I have received a message from a teacher in north-west England who wants to remain anonymous.

This person downloaded the app on the day it was released and then, last Monday, tested positive for coronavirus.

As the test had been booked through the app, it then triggered alerts telling three colleagues at the school to go into isolation.

But then, according to the teacher, the secondary school’s business manager told the three people involved to ignore the messages and delete the app if they felt they had not been within 2m (6ft) for at least 15 minutes.

One of the teachers ignored that advice, went into isolation and had a test.

But when that proved negative, they returned to work – which is contrary to the government advice to complete your period of isolation even if you have a negative test.

My anonymous contact told me: “Too many schools want to keep staff in, even if it means breaking the law.

“I am in a school with about 75-80% black African heritage intake, so our demographic is at very high risk.”

We have also heard of a school in Eastbourne, in Sussex, telling teachers not to use the app “in school time”.

One head teacher told his colleagues there was a danger a staff member could receive an alert relating to their external activities, which would then trigger more alerts affecting the school.

East Sussex County Council said it had not issued any guidance on the matter, but suggested the school might have based its policy on an interpretation of a national guidance document.

And more cases keep coming in.

A teacher in the Midlands messaged me to say it had been suggested he and his colleagues “delete the app and ignore messages so [as] not to interfere [or] risk A-level resits”.

One teacher, however, had a different story.

“Our headmaster has advised staff and pupils over 16 to use the app,” he said.

“This is what persuaded me to use it.

“Our head has been amazing.

“I feel looked after, like he cares about the staff as well as the kids.”

A Department of Health official said: “We want as many people to download and use the app as possible.

“It is important to use the NHS Covid-19 app at all times unless in specific scenarios which are set out in our guidance.”

That guidance says contact tracing should be turned off at work when:

But while some teachers may be locking their phones away some of the time, these exemptions do not appear to justify a blanket ban on using the app in schools – or indeed at GlaxoSmithKline’s labs and factories.

Part of the issue seems to be a lack of understanding of how the app works.

It is only if a member of staff tests positive and the app determines they have had close contact with another app user for a significant period that alerts will be sent telling those people to isolate.

So employers need to ask themselves if a member of staff tests positive, why would you not want colleagues at risk of spreading the infection alerted as swiftly as possible?