You May Soon Be Staying In This Futuristic Hotel

Home / You May Soon Be Staying In This Futuristic Hotel

You May Soon Be Staying In This Futuristic Hotel 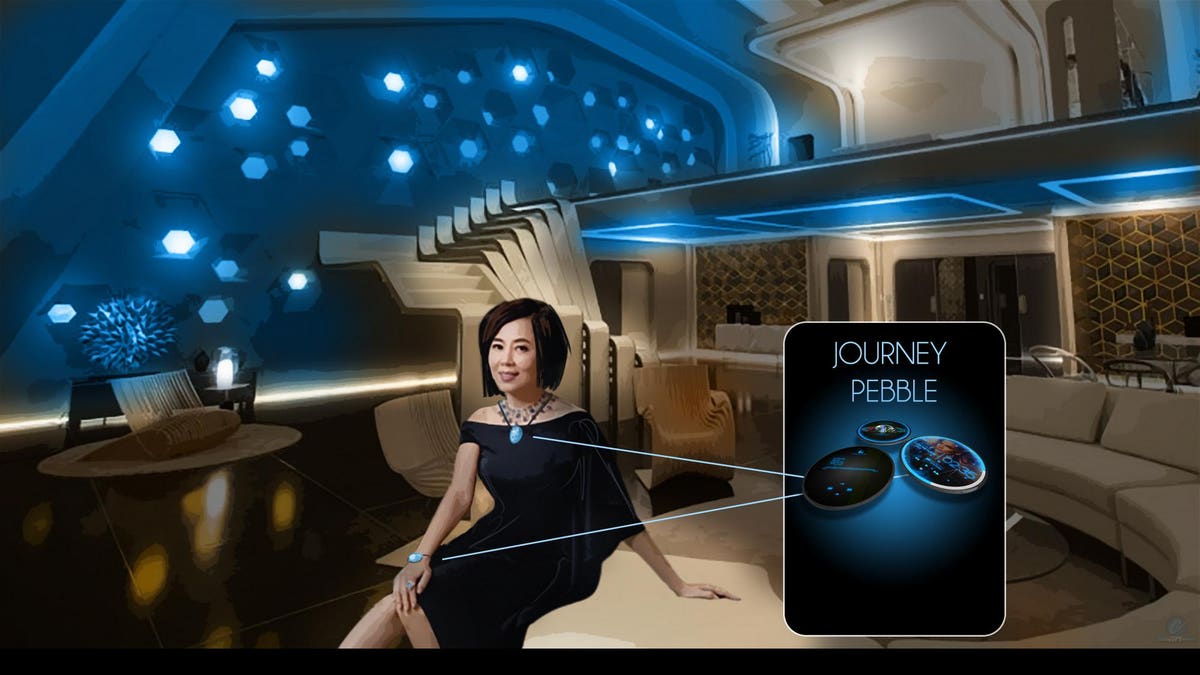 
Spurred by the COVID-19 pandemic, a group of 325 hotel industry executives coordinated by The Gettys Group, a Chicago-based design, development and consulting firm, have been meeting since June to brainstorm hotel innovations. The global think tank called The Hotel of Tomorrow Project which includes operators, designers, manufacturers and owners from Four Seasons, Hilton, IHG and Marriott among others recently released its findings culled from 79 suggested ideas from 16 teams globally that were then shopped to 1000 industry executives for their input. These five ideas were deemed to have the most potential.

The design for Bed XYZ


Proving that how guests sleep was the most significant feature, the most popular was the Bed XYZ, an optimized sleep platform devised to enhance the guest room environment. Specially engineered fabrics control bed temperature and act as filters to improve air quality. An array of smartphone applications also permit guests to control lighting, temperature, and humidity, as well as mediate background noise, regulate mattress firmness, and access physical exercise and meditative programs.

Bringing the outdoors into interior spaces


Next was Outside In, Inside Out, likely a result of the emphasis on outdoor spaces in dealing with the pandemic. In this concept, outdoor features such as extensive installations of plant material as well as nature-driven video imagery and other ambient features are intended to create a calming environment in interior public areas such as lobbies, meeting rooms and ballrooms. Focusing on lighting, air quality, sound and scents, it aims to mitigate the sense of confinement that can occur, particularly for the business guest who often remains on property for long periods of time.

The Hotel Rover for transport between hotel properties


The issue of transportation between properties gave rise to the concept of the Hotel Rover, a self driving vehicle that accommodates up to four people and is designed for sleeping as well as transport between a brand’s properties incorporating the amenities of the brand. Complete with AI-powered digital assistance, guidance and entertainment options are available via voice command and touch screens.

More than a smartphone to communicate requests to the hotel staff, the Journey Pebble is a digital, encrypted wearable that shares the guest’s preferences with the hotel and can transmit suggestions to the guest to provide a seamless and personalized stay. A clone of the Journey Pebble will be held behind the front desk, along with those of other guests, to interact through an AI network and promote suitable virtual or face-to-face interactions.

Expanding the use of robots to the nth degree, in the Robot Alliance, robots equipped with warming and cooling units and doubling as dining surfaces allow guests to drink and dine beyond the confines of the hotel restaurant and bar. Larger versions feature audiovisual components for music, movies, and gaming. And they talk to each other: service drones communicate with a bartending robot — overseen by a skilled mixologist—to send out restocked robots when needed.

When asked to think as guests rather than managers, the industry executives narrowed their choices even more. Bed XYZ was the top pick for determining their choice to stay at a hotel or to pay more for a hotel that has this feature. Outside In, Inside Out also was the pick that would help them determine whether to stay at a hotel. The Hotel Rover would induce them to pay more for a hotel that offered it. So these specific features may soon be in the pipeline for a hotel near you.